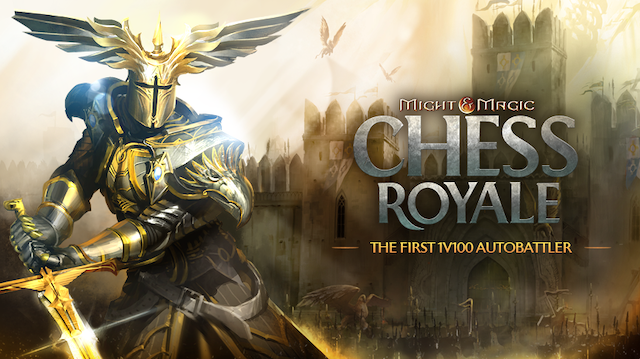 Considering that auto chess and battle royale are all the rage right now, it doesn’t hurt to have a game that combines both. This is especially true if it’s a popular brand, like Ubisoft’s Might and Magic.

Today, the publisher confirmed that Might and Magic: Chess Royale will make its way to release later this month, on January 30. Those that are interested can already pre-register for the game.

Is this a Might and Magic game worth being excited for?

Indeed, if you’re a fan of the series, this is a game for you. Might and Magic: Chess Royale pits you against 99 other players on a real-time chess battlefield. The goal is simple — be the last warrior standing!

The game will reintroduce you to classic units and heroes from previous parts of the universe. With them, you’ll build a number of deep strategies across the game’s ten-minute competitions.

In Chess Royale, it’s all about the strategy. You’ll create “unique synergies” with your squad and “overcome your opponents” throughout each battle. You’ll need to work carefully with “specific units, factions and heroes” if you want to walk away as the winner. And you’ll need to know your stuff, too. Each bout is intended to take about ten minutes, so you won’t have time for second-guessing.

While Ubisoft has not yet provided an exact count of how many heroes and units are in the game, expect quite a bit. Each one will bring unique abilities to the table, all while working alongside their specific factions.

You can learn more about Might and Magic: Chess Royale on its official product page. There’s no word on pricing yet, but it should be available soon. Until then, you can check out a glimpse at gameplay from the Android version of the game below. It looks like fans are in for a real treat!

Fallout 76 announces Wastelanders playtest, seeking players to try it out