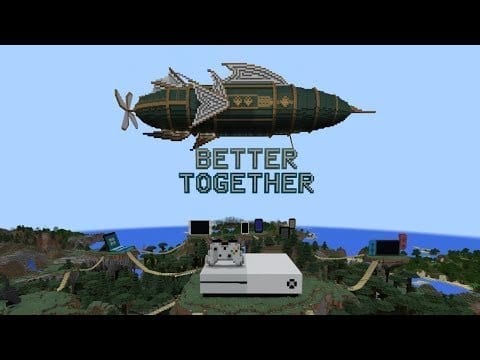 A lot of bombs were dropped last week during E3 2017, but one of the biggest announcements had to deal with one of the biggest games in the whole industry. Minecraft has sold millions of copies across a variety of different platforms over the past few years and its popularity has yet to wain. In fact, Microsoft has boosted its popularity thanks to the big announcement that was made: cross-network compatibility.

Minecraft will be updated later this year with a lot of new features, but cross-network play is definitely the most hyped new feature out of them all. As the name suggests, this will allow users to play together in online matches regardless of which platform they’re on. It will support the mobile, console (minus PlayStation) and Windows versions of the game.

Two of the game’s developers recently sat down for a short interview where they discussed a few details behind the new ‘Play Together’ update. Check it out:

By Daniel Pinheiro34 seconds ago
News