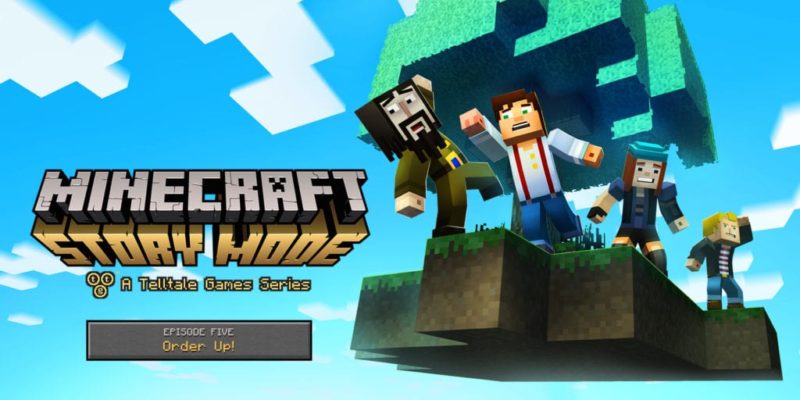 Telltale just can’t stop themselves spinning further yarns in Minecraft: Story Mode, as they’ve announced three more episodes for the series in 2016. Episode 5 (Order Up!), previously expected to be the concluding part, will be released on 29 March.

It’ll apparently be a bridging episode between the Wither Storm arc (Episodes 1-4) and the new adventures of Jesse’s group through Episodes 6-8. All three of these will be add-ons to the season, requiring that the player own at least the first episode of Minecraft: Story Mode to purchase and play.

In Episode 5, Jesse and crew will be exploring a mysterious temple, visiting a place called the Sky City, and having to clear their names when framed by “former Ocelot Aiden”. Which probably isn’t a Metal Gear Solid thing.

There’s not much information out there on Episodes 6-8, other than they “will follow the additional escapades of Jesse the group as they explore new and unfamiliar worlds beyond their own”.

Here are some images from Episode 5.

VR: Changing game design as we know it?

By Jason Rodriguez38 mins ago
News