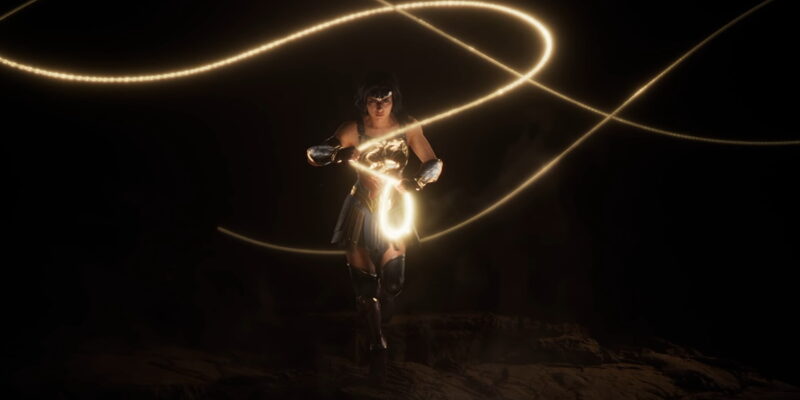 Out of all the “WORLD PREMIERE” announcements that came out of The Game Awards last week, the one from Monolith Productions ranked as among the most surprising. The studio that brought us the two excellent Middle-earth: Shadow games has shifted its lidless eye to the DC Universe. Monolith and Warner Bros. Games have announced an open-world Wonder Woman game, and brought a teaser trailer along for your viewing pleasure.

The Wonder Woman game certainly has Monolith’s fingerprint firmly planted. It’s an open-world game, and set to use the developer’s patented Nemesis System. Naturally, this means that Wonder Woman will have an ability to bring enemies to her side as allies. No doubt there will be some kind of outposts, a la Mordor, in which you take over and hand off to acquired generals.

The latter is more speculation, as the companies have released little info on the game so far. All we got is a tease, and the promise that our Diana, princess of Themyscira, will be able to win foes over to power her cause. We also don’t know when in the DC timeline the Wonder Woman game will take place. As an Amazon, Diana has seen many decades of combat. Whatever the game is about, the companies have revealed that it will be an original story in the DC Universe.

One of the Trinity

Monolith, however, is keen on telling an engaging narrative. Like with the Middle-earth games, the company is using an age-old story as the foundation for its game.

“At Monolith Productions, we believe in the power of player-driven storytelling to unite people,” said David Hewitt, VP and studio head at Monolith Productions. ‘The stories our players share inspire us every day, and we are honored to take players on a unique personal journey, driven by the values embodied in Wonder Woman. The Nemesis System raised the bar for player-driven storytelling and we’re excited to push the open-world genre forward, combining cutting-edge action with inventive narratives to create a Wonder Woman game everyone will want to play.”

Wonder Woman hasn’t been confirmed for PC. But we’re willing to make a bet it’ll land on the platform when it’s ready.

Halo Infinite is getting a playlist update tomorrow with Slayer types