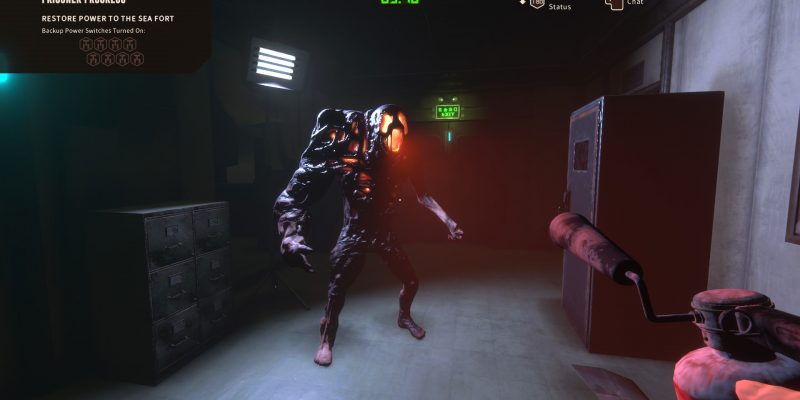 Asymmetrical horror games can sometimes have a fair bit of staying power, as demonstrated by Dead by Daylight. Monstrum 2 is an asymmetrical sequel to a single-player, procedurally-generated survival-horror game. There are way too many hyphenated words in that sentence. The game enters Early Access today with plenty to offer already. But there’s still a ways to go as it continues development. Fans of multiplayer horror games will probably find a lot to like about the game, but the question stands: is it worth it?

Monstrum 2‘s premise is simple. You play as one of four prisoners on an oil rig. There’s a big ol’ monster on the loose hunting the four of you and your mission is to get off the prison rig alive. When you start the game up, you’ll notice that both monsters and prisoners can be customized. There are several prisoner models to choose from, varying by sex and ethnicity. They can also be given different outfits or headgear. The game gives a couple of choices for accessories for free, but you’ll have to spend earnable currency to get more. Monsters similarly have different skins that can be switched between.

There are tutorials to get players up to speed as well. Doing these is highly advised, since Monstrum 2 isn’t the easiest game around. When the game boots up, you’ll be given a choice of servers to pick from, which will be helpful when attempting to find games at odd hours. You’ll then have to choose whether you want to play as prisoners or as a monster. The game can be played with as many prisoners as matchmaking can find, which reduces the number of objectives prisoners will have to complete. Once everyone readies up, it can take a surprisingly long time to load into the game proper. Sometimes I had to wait literal minutes before I could play. 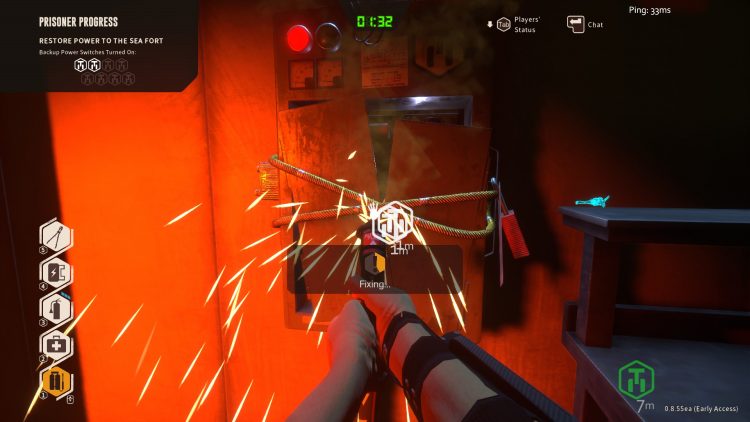 Initially, the goal of the prisoner team in Monstrum 2 is to turn on several fuseboxes. Most of these aren’t as simple as walking up to them and flipping a switch. Some require keycodes that need to be found. Others are welded shut and require a welder to open. Sometimes they’re behind a cardreader, meaning the prisoner must find the key card first. Once all the switches are flipped, generators need to be activated. Finally, preparations must be made in regards to evacuation, either via helicopter or submersible, depending on which scenario is received.

As for playing as monsters, there are three of them to choose from. One of these is a large brute that can one-shot prisoners. Another crawls quickly but does less damage. But they can pounce on players from the ceiling above and ruin their day. Each prisoner has two lives and, if both are lost, they’ll be kicked to the spectator menu. Prisoners are meant to escape within a time limit, so it doesn’t count for much if they lose no lives but don’t make it to the exit vehicle in time.

At the end of each round, both monster and prisoner players receive experience and monster coins. Shop items require a fair amount of monster coins, so you won’t be buying new things every time you turn around. Monstrum 2 plays well but needs more optimization, as the FPS isn’t as high as it should be on my rig. I’m also horrible at it, but that’s neither here nor there. As for if it’s worth it, then, yes. If you like games like this, this is a good one. But it depends on how consistent the player base ends up being, as it’s too early to tell if people will still be playing in a couple of weeks. 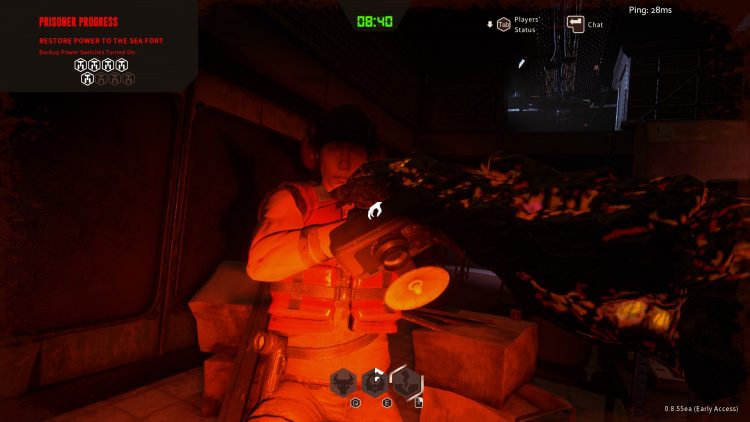 The Yakuza Remastered Collection review — Like a slightly old dragon

By A.K Rahming2 hours ago
Features