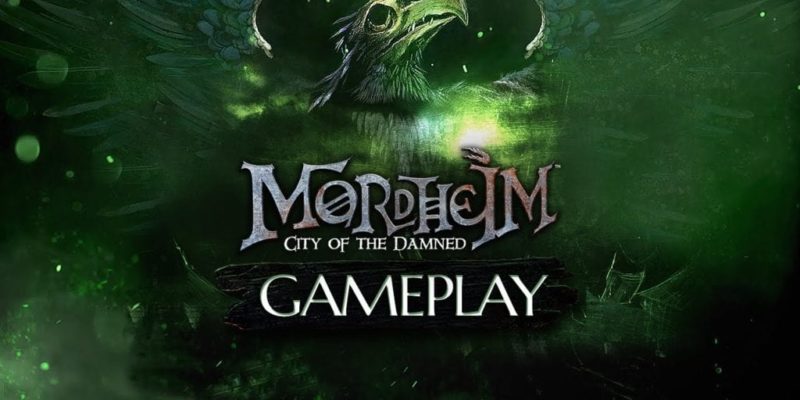 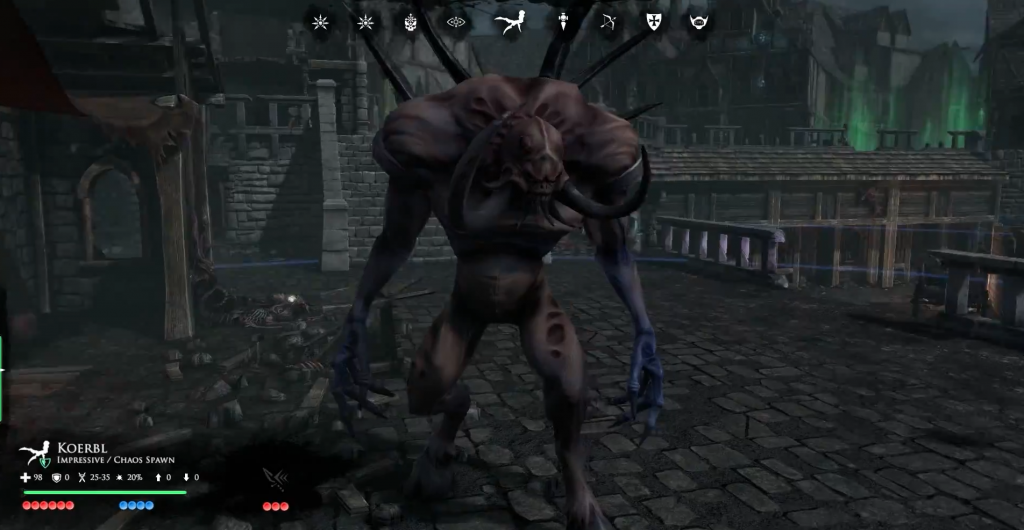 Each warband gets one “impressive” unit (like a star player.) Here’s the Possessed’s chaos spawn.

Rogue Factor’s take on a game version of Mordheim: City of the Damned (the old Warhammer-themed Games Workshop property) is said to be coming to Early Access “imminently”. Does that mean later today? I’m not sure, but in the mean time publisher Focus Home Interactive has put out this ten minute trailer.

It’s the best possible kind of trailer, pretty much just showing the game being played. That’s ten narrated minutes of a Mordheim warband match between the Mercenary and Possessed factions.

You get a sense of the skirmish type fighting at the heart of the game, and a look at Rogue Factor’s implementation of movement. Rather than a fully static, turn-based approach, it looks like Mordheim will give you real-time(ish) control over the members of your gang. Movement is tracked by blue circles around the character (crossing one of those will spend a movement point,) while attacks and reloading will also consume ‘turn’ resources.

Aside from a few camera angle issues, the implementation looks pretty good. Throughout the video you’ll get a look at ranged attacks, spellcasting, melee, and the potential for failure in all of those actions. Like Blood Bowl, there’s a random element; so the trick is to reduce as much risk as possible.

Mordheim also shares a kind of character persistence with Games Workshop titles like Necromunda and (again) Blood Bowl. When characters in your band are knocked down in a match, they’ll pick up and injury or may even just outright die.

Have a watch, below.