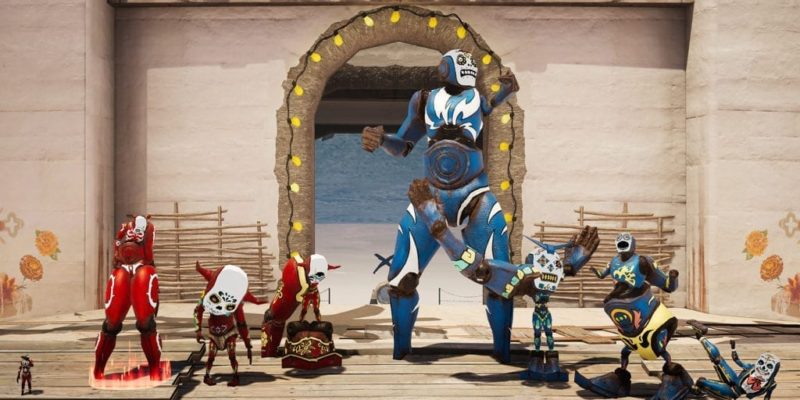 Morphies Law was previously showcased as a Nintendo Switch exclusive. This was great for the console considering its rather shallow library of shooter titles. However, this did alienate other players out there that would never experience the quirky shooter. This might have been a good thing considering the game is now being reworked to address many of the flaws that plagued the original. Morphies Law Remorphed is now coming to PC and Nintendo Switch on July 30 for $19.99.

The team behind Morphies Law seems to have recognized the shortcomings found in their initial release attempt. This is apparent as the release for the “Remorphed” version outlines some of those follies, addressing the elephant in the room. Cosmoscope aims to improve on some of those elements. Furthermore, the game will feature cross-platform play between PC and Switch:

“We’re extremely happy to be bringing our game to Steam and a newly updated version to the Switch. We believe that gamers will love the twist that we’ve added on to shooter combat and the extensive customization options we’ve put in the game,” says Jonathan, some guy at Cosmoscope. [Yes, this was how he was really quoted.]

You might not be familiar with the concept in Morphies Law. In a match, each level has a different mechanic that is enacted while you play. When you shoot someone, you yourself will enlarge. When you get hit, though, you will shrink. This can get specific as your limbs and other parts can be isolated and grow separate from your other body parts.

Outside of the general gameplay, there are a number of different loadouts, weapon skins, and various other upgrades. There are also “plugins” that are part of the overall strategy, not only to how you approach a match, but also how you use them on your character’s body as part of the strategy to win.

Morphies Law Remorphed launches on July 30, 2019. The game will simultaneously release on the PC and Nintendo Switch. The team at Cosmoscope is self-publishing the title, and it looks like it will be sold and distributed exclusively on Steam for the PC version. The original release was Aug. 20, 2018 and was exclusive to the Nintendo Switch.

Disintegration, Halo co-creator’s next project, will be shown at Gamescom