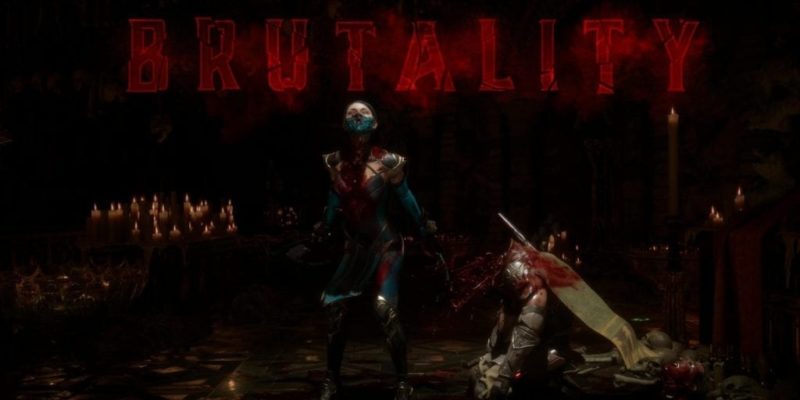 In 1995, Mortal Kombat fans were blessed with a motion picture based on their favorite blood-and-guts fighting game. Well, sans the guts part. While the games themselves basked in gory glory, the film was rated PG-13. The more passive rating threw a blockade at the franchise’s infamous fatalities. When news of a new Mortal Kombat film was going around, the creators wanted it to be a little more faithful to the source material. According to the film’s writer, that wish has been granted. The next Mortal Kombat movie will be R-rated and includes those lovely fatalities.

Mortal Kombat writer Greg Russo (who’s also working on film adaptations of Resident Evil and Saints Row) brought the news to Twitter late last night. “MK WILL be R-Rated and for the first time EVER, FATALITIES will FINALLY be on the big screen,” he wrote with an enthusiasm for the Caps Lock key going beyond healthy norms. The only caveat is that Russo can’t confirm which fatalities will make it to the silver screen. Personally, I’d love to see Scorpion’s Toasty fatality finally hitting its mark. Equippable shields don’t exist in Mortal Kombat, Mr. Cage!

Since it's already been stated by other members of the team, I'm gonna put this one to bed. MK WILL be R-Rated and for the first time EVER, FATALITIES will FINALLY be on the big screen (and no I'm not gonna say which ones) You'll just have to wait for the movie & see!!! 😉 pic.twitter.com/aVTewH4t28

Blood and gore, but maybe more

Not much else is known about the upcoming film, unfortunately. The plot remains a mystery, but it can be presumed that the movie could cover the first tournament — much like the first film. James Wan (The Conjuring 2) is set to produce, while actor Joe Taslim (The Raid) has been confirmed to take on the role of Sub-Zero. The movie is scheduled to release some time in 2021.

My expectations are somewhat high for the next Mortal Kombat movie. I loved the original as a kid, and even as an adult I found the campy, ’90s cheese factor agelessly charming. With that in mind, I’m hopeful that the team behind the movie recognizes that it isn’t always about the gore. Mortal Kombat has always had a certain self-awareness to its overdone corniness. I expect we’ll know more of what’s in store some time next year.

Unlucky Seven will bring out your inner flesh-eating furry