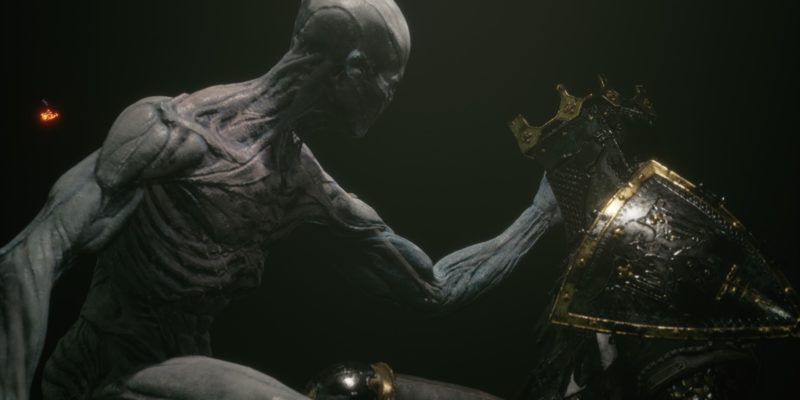 You know what my favorite thing to have in a Souls-like is? It’s to have a strict limit on when exactly I’m allowed to block. There’s nothing more fun than making a game harder due to rigidity. Sensing that, the gaming gods have seen fit to make us angry again. Mortal Shell is getting a DLC called The Virtuous Cycle, and there’s a teaser trailer or it today. There isn’t much info on it, but I’m sure it’s as infuriating and filled with confusing level design as the base game is. Here’s to finding our heads back in our hands for another run.

What do we know, then? As I said, the Mortal Shell DLC is known as The Virtuous Cycle. The teaser trailer is less than a minute long and opens with a spire set against a stormy backdrop. The sky is cloudy and ominous, much like my mood when I attempt to play this game. The camera snakes its way through twisting roots, only to reveal the player character in a shell, standing steady and alone. They run forward and find themselves hacking and slashing at a slew of foes until the camera cuts to black and informs us that the DLC is coming soon.

Mortal Shell DLC teaser is all about the tease

And that’s it. There’s not really much more to say here, as, yeah, it’s a teaser trailer. It does appear that there will be some weaponry akin to Bloodborne, however. The DLC will come to all platforms the game is available on, including both Steam and Epic Games Store. I’m not going to play it, because the idea of playing more Mortal Shell is about as attractive to me as passing a series of kidney stones. But you probably don’t want to read about that. We’ll have more on The Virtuous Cycle as it’s known. I’m sure all of you are looking forward to wandering more confusing areas while carefully choosing when to block.