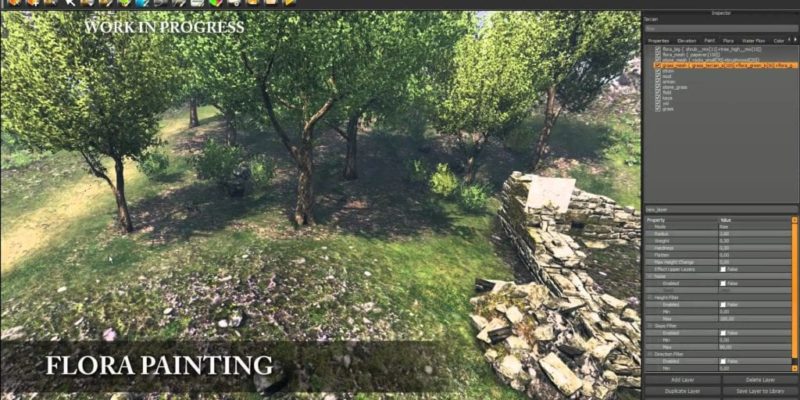 Mount & Blade 2: Bannerlord resurfaces with a in-engine video demonstrating terrain types, editing, scripting and modding potential. The game is being created in Taleworlds’ in-house engine and will ship with a level editor for the large Mount & Blade mod community to delve into.

The video opens with a flyby through some rural medieval fields, peppered with moss-covered, crumbling stone structures. After that, it pulls right back to show off some of the terrain sculpting features, and how easy it is to add things like snow, water and height adjustments on a large scale. The final piece shown off is said to be 225 square kilometers in size; larger than any area in previous Mount & Blade titles.

Post-FX atmospheric effects like fog density will also be at the disposal of modders in Bannerlord.

Back down on the village level, the editor’s customisable user interface is demonstrated. Then it’s on to flora and tree placements, and a look at how simple it is to add both and have them morph to the surface (so that terrain can still be altered afterwards without all your hard-placed cabbages clipping through the floor.) Features like moss look pretty straightforward to add to wall textures, too.

Individual scripting is in there too, although will be dealt with in more detail in a later video. For now, Bannerlord shows off some basic turning sails on a windmill.

Have a watch for yourselves, below.