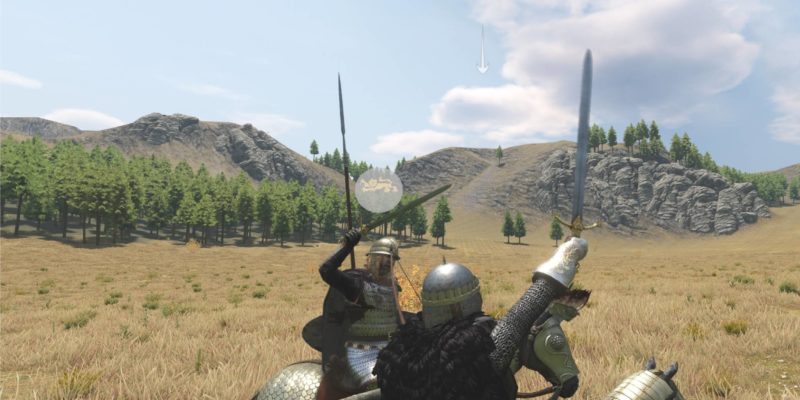 Even though the land of Calradia is ravaged by war in Mount & Blade II: Bannerlord, love still makes the world go round. That’s because it’s possible for your ruler to get married and have kids. Here’s our mini-guide to help you out.

Mount & Blade II: Bannerlord – Getting married and having babies

Here are some tidbits if you plan on having your character marry a noble in Mount & Blade II: Bannerlord: 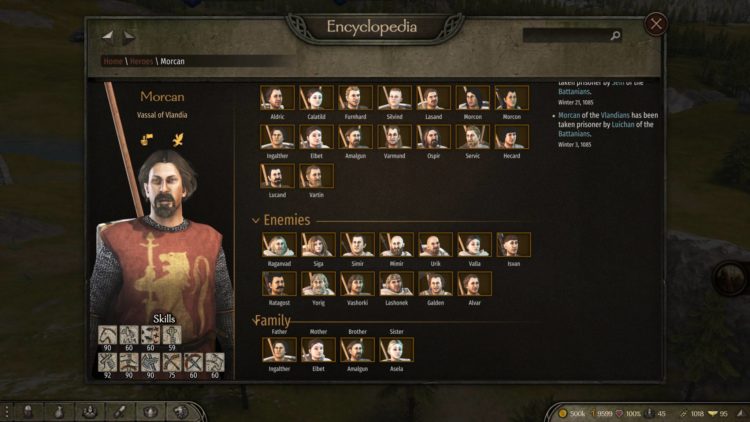 Speak to the character, saying you noticed that they haven’t taken a wife or husband yet. You’re told to speak to them in the future, but you can quickly go back to the dialogue once more. This will follow the same mechanics as though you’re recruiting a lord to your faction.

The first conversation will have three dialogue checks/pips. If you fail to convince the character, you’ll be told that the two of you just aren’t compatible. You should save your game beforehand so you can reload in case of failure. 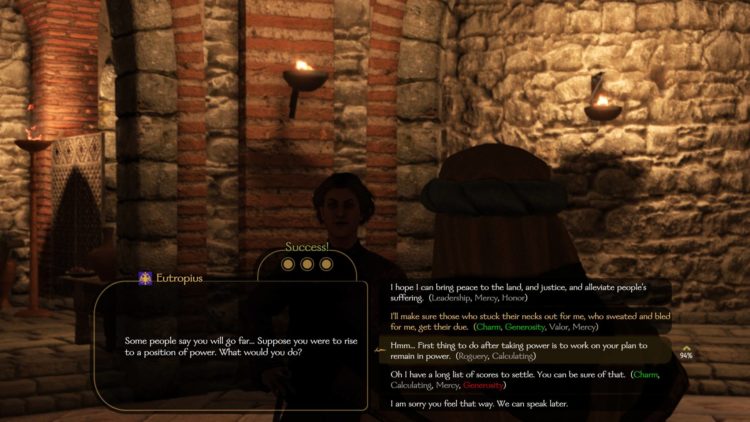 Once you’re done, your prospective partner will tell you to talk to them again. Wait a couple of days and visit them to get the next dialogue. There will be two pips this time. 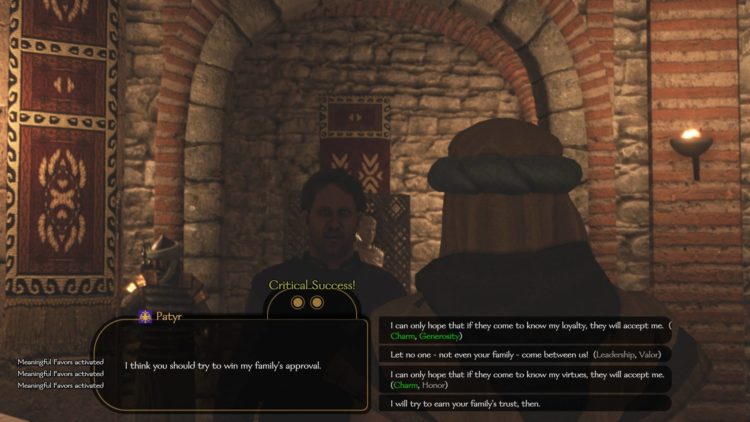 If successful, the character will tell you to speak to their clan’s leader, so find that person and tell them about wedding arrangements. This will open up a barter screen and you’ll probably need to pay a bit of gold.

If the clan leader accepts, you’re automatically married to the person you’ve been courting. Return to your new spouse and have them join your party. 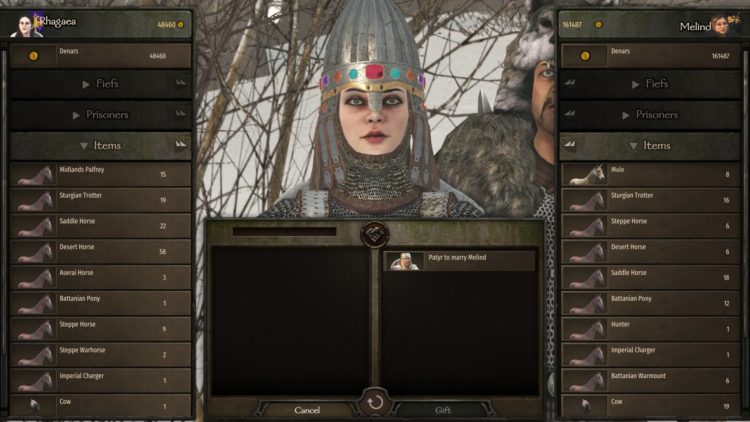 The married life in Bannerlord

There are no unique bonuses to be had once you get married in Mount & Blade II: Bannerlord. Unlike in, say, the medieval world of Crusader Kings II, you can’t marry into power because your husband or wife will automatically leave their clan to join yours.

For instance, I had my character marry Patyr (Rhagaea’s kinsman). He definitely wouldn’t inherit his former clan’s leadership even if I wipe out the Pethros clan since he doesn’t belong to that anymore. 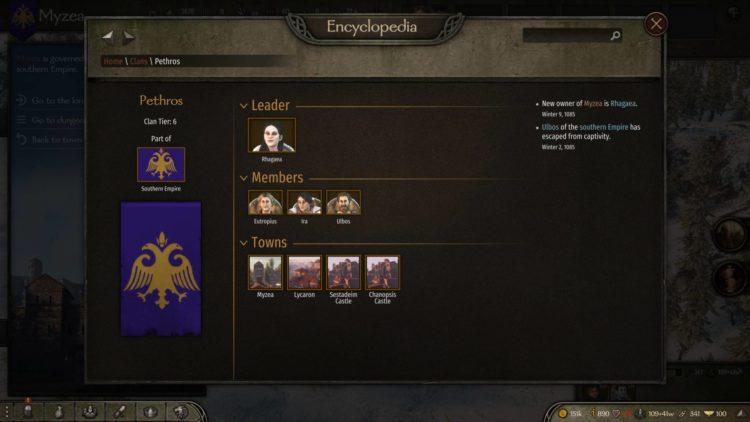 Your spouse will simply act as a companion. You can check their skills or sell some of their gear for a lot of gold. You can’t give them settlements either. For the most part, they could join you in battle or they can be assigned as governor to help boost your kingdom’s settlements. That’s it. 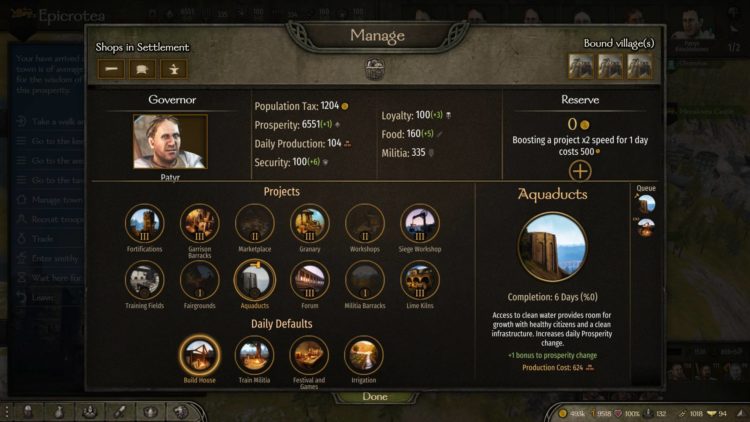 Oh, and because you’re married, you can now have children. It’s a bit random, but it’ll happen from time to time — there are even cases when you’d have kids in quick succession. Female characters in Mount & Blade II: Bannerlord need not worry because they can still take to the battlefield even while pregnant. Heck, my character’s second child was born just after a decisive battle against imperial forces. 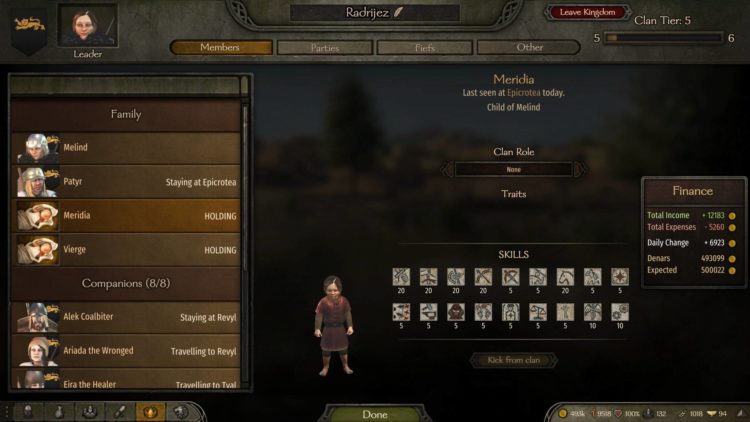 Mount & Blade II: Bannerlord – The best units and how to recruit them