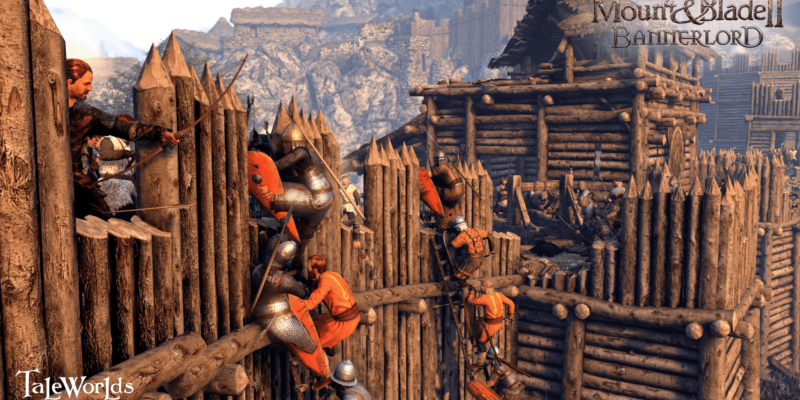 GamesCom has seen the release of a few more Mount & Blade II: Bannerlord details, along with a new siege defence video. The information mostly pertains to diplomatic affairs, which have been expanded for this sequel.

It’ll now be possible to avoid a siege by conducting a parley from the ramparts of your castle, or indeed triumph in a siege of your own by deft use of words. A player’s standing with the King can also be used as a way to manipulate him into war against your rivals. Using ‘Influence’ accumulated through your actions in a faction, it’s possible “to arrange peace, when a war no longer suits your interests and swing the deal by offering up your land, goods or gold”.

Of course, diplomacy isn’t always viable or desirable. In such instances, Mount & Blade II: Bannerlord will (like its predecessor) put you in charge of combat and sieges. One such siege defence is demonstrated in the new GamesCom gameplay video, below. A few new Mount & Blade II images have been released too.