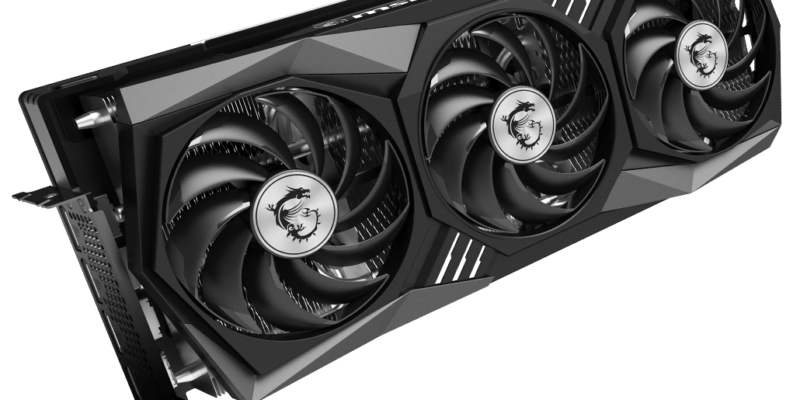 Starting at just $399, MSI is introducing eight new cards in the RTX 3060 Ti lineup. With the variety, the company aims to give everyone interested in the new hardware an option no matter the needs and budget of a specific consumer.

The first announced group is the MSI Gaming Trio series. More specifically, there are two new cards in the Trio lineup: Gaming Trio and Gaming X Trio. All of the specs are the exact same aside from the boost clock speeds where the Gaming X Trio has a boost speed of 1830 MHz compared to the 1755 MHz.

Both the Gaming and Gaming Trio series feature TORX Fan 4.0. For cooling purposes, the Gaming Trio features the Tri Frozr 2 system that helps with overall airflow under heavy usage. The standard Gaming lineup uses an updated version of the Twin Frozr 8 system with what MSI claims are “advanced aero- and thermodynamic technologies” for better heat dissipation.

As far as the similarities are concerned, each of the newly announced graphics cards feature 4864 Cores, a 14 Gbps memory speed, 8GB GDDR6 memory, three DisplayPort 1.4 outputs and a single HDMI 2.1 output.

The MSI Gaming Trio and Ventus series are available starting December 2 while the standard MSI Gaming series will be available at a future time. Each card will utilize MSI’s Afterburner software that allows for simpler overclocking. There will also be the release of the new MSI Dragon Center which was built to integrated all of MSI’s components into one, easy to handle platform. An included “Gaming Mode” will allow users to have the ability to quickly optimize all of their hardware for the best performance possible.

*Note: All prices listed are USD*