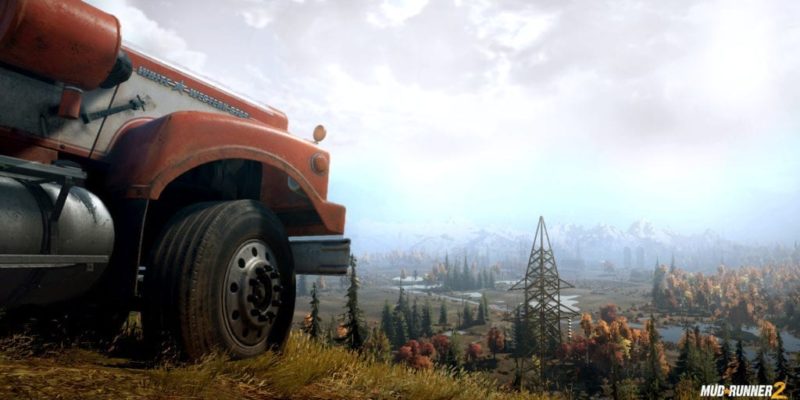 Spintires fans, get ready to dust off your outdoor boots and mount the cockpit of more off-road big rigs—the next entry in the series is coming this year. MudRunner 2 has been confirmed to launch sometime this year (2019), as revealed in a series of hands-off previews that have been simultaneously posted by various outlets (the embargo seems to have lifted today). These previews not only confirm that this year is indeed the release year, but they also contain some very interesting tidbits about the upcoming game, as well as giving us our first official look at proper in-game screenshots.

A lot of the key points that have now been confirmed are ones that I highlighted a few weeks ago when I analyzed the off-screen pictures that the official MudRunner Twitter account shared from Focus Home Interactive’s special event that it held earlier this month where it showed off a variety of new projects to journalists. MuddRunner 2 was one of the game’s featured, hence why this information is now available. Time to go down the list:

(This final detail seems to possibly be an assumption rather than a confirmation):

Hopefully it won’t be too long before we see some true gameplay footage of MudRunner 2. Though, it’s reportedly still early in development. Nevertheless, if it follows a similar release pattern to its predecessor, it is likely this will be released by Fall/Winter 2019.

In the meantime, here are the three first in-game screenshots: