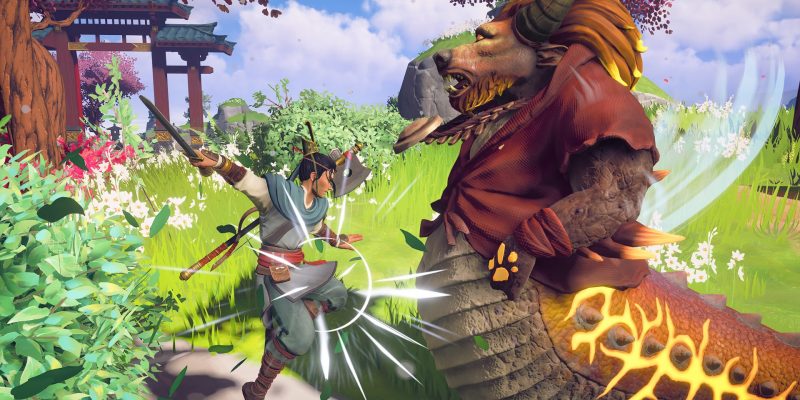 One gaming curiosity that always fascinated me was games that were identical, yet had new art thrown on top of something else. Think how a video game based on the Magical Hat anime became Decap Attack. Same controls and gameplay, but different level design and graphics. It’s usually done when there are licensing issues, but not always (think Super Mario Bros. 2). I had some high hopes for the second Immortals Fenyx Rising DLC, Myths of the Eastern Realm, but there’s practically nothing new here to see. This is a fairly blatant revisit of a game you’ve already played, but worse.

Myths of the Eastern Realm trades out previous hero Fenyx with a character named Ku. Unlike before, you have no control over Ku’s sex or appearance. Beginning much like Immortals Fenyx Rising itself, Ku awakens to realize that a nearby mountain is possessed by some wicked energy and that everyone around him has been turned to stone. Initially, the only being Ku can find is Nuwa, the mother god in Chinese mythology. If you’re not familiar with her, she is the creator of humanity. She works with Ku to find a way to repair a cracked mountain to make the realm of Heaven safe again.

Unlike the base game, which had a varied, colorful cast of characters and a ton of jokes, Myths of the Eastern Realm is dull and boring. Ku is brainless, arrogant, and devoid of interesting character traits. The narrative has next to no stakes and hardly anything of note happens. Nuwa is similarly bland. Instead of filling the gaps with interesting character moments, there are a lot of mom jokes. As in, she’s the mother goddess and considers Ku a child, so she acts like a stereotypical mom. Then there’s Gong Gong, a warrior with practically no personality. There’s not anything to like here. Everything I enjoyed about the base game’s story is almost completely absent. 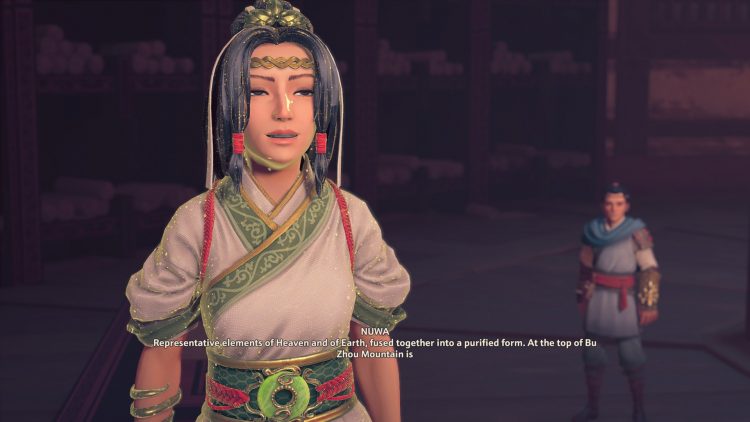 Structurally, it’s only partially accurate to say that Myths of the Eastern Realm is similar to the base game. It’s the base game again, only shorter. There are two areas: one that looks like the greener areas of the Golden Isles, and another that looks like War’s Den. Both Nuwa and Gong Gong have short questlines containing a few missions. These are roughly equivalent to the missions you did to free the Greek gods. The basic gist is that you’ll do those two quest lines and then, once more, climb a snowy mountain to fight a final boss. There’s no dungeon this time either. You just walk up to an entrance and then fight the boss immediately after.

Once again, Myths of the Eastern Realm allows players to explore areas to find challenges, collectibles, and activities. It’s exactly like it was in Immortals Fenyx Rising proper. It’s not hyperbolic to say that I felt like I was just playing a tiny version of that game. Ku has all the same abilities as Fenyx, only they’re named after Chinese gods instead of Greek ones. He starts with all of his skills unlocked and gets the same godly powers, except two of these are improved via collecting jade coins instead of Charon coins from challenges.

The entire bestiary returns, too. Only, they’ve been mildly reskinned to look like they’ve come from Chinese mythology instead of Greek mythology. It’s weird as hell to fight gorgons with slightly different faces while the game pretends they’re not just gorgons. Most things look the same as the base game, save for the fact that the architecture is different. Ku can also find new gear in chests that function just like Fenyx’s, although there’s not much of it. It doesn’t take long at all to start finding reskins of the same gear. The collectibles also get reskins. Instead of ambrosia to grant more health, you’ve got Xi Rang. You don’t get Zeus’ lightning from trials, you get this red stuff. But it functions identically and you’ll need less of it to improve Ku’s health and stamina. 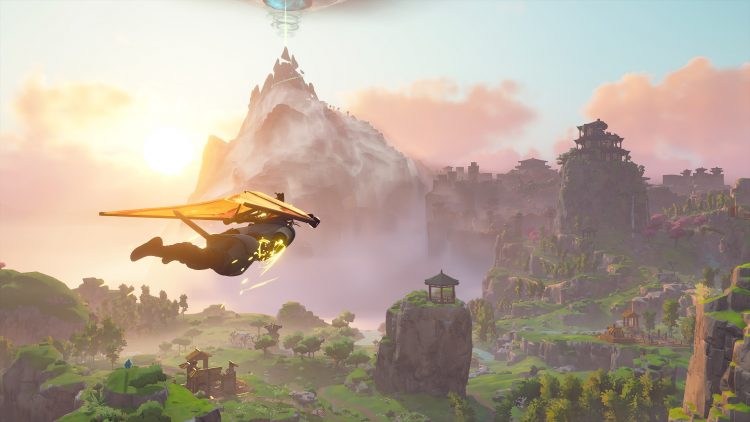 What is different about Myths of the Eastern Realm, then? Well, Ku fights with a different sword, so his default light attack combo feels noticeably distinct. But combat is identical otherwise, down to the ax, bow, and fire bird. One of the largest differences is that most challenges are newish. Some, such as the orb challenges, are functionally identical. Mosaic challenges return, but are even more simple than they were last time, as Ku just hits a picture a few times to correctly arrange it.

There are some new puzzle types, though. One has Ku ringing four bells in order — these are boring. The other has Ku change the direction of tiny windmills to redirect an air current. These are more interesting, but there’s one damning thing standing in Myths of the Eastern Realm’s way: the puzzle design is considerably worse here. I greatly enjoyed many of the puzzles in Immortals Fenyx Rising. The new ones are far less entertaining and can feel haphazardly put together.

There are a few new rift challenges, but these fare similarly. They often revolve around Ku riding on clouds. I did all of these, save for one, and I found them to be tedious and frustrating. Much like the puzzles in general, I’m fond of the rifts in the base game. These are just worse. Suffice to say, I’m bitterly disappointed in every addition in Myths of the Eastern Realm. The navigation challenge that replaces the base game’s doesn’t even make sense to me. You’re supposed to chase the silhouette of a bird, but touching it instantly fails you, as does going too far ahead. I’m not sure how I’m supposed to clear those at all. There is a new final boss fight, though. It’s almost kind of neat, but its moveset is horribly limited and it’s mostly just a tanky slog. 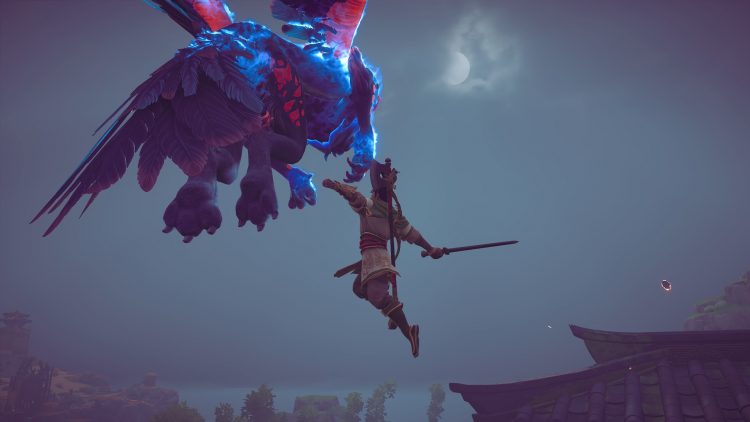 It’s not all bad, mind you. The material that’s lifted wholesale from the base game is still generally enjoyable. But it’s the exact same content we’ve already experienced, albeit with a slightly different coat of paint. As a big fan of the base game, I’m disturbed by the quality of this latest DLC made from its flesh and bones.

Conceptually promising, but more of an empty, shoddy mimic than anything else. Fans of the base game have already seen everything this has to offer.

Magic: Legends open beta launches with a trio of trailers and free loot

By Blake Grundman19 hours ago
Reviews