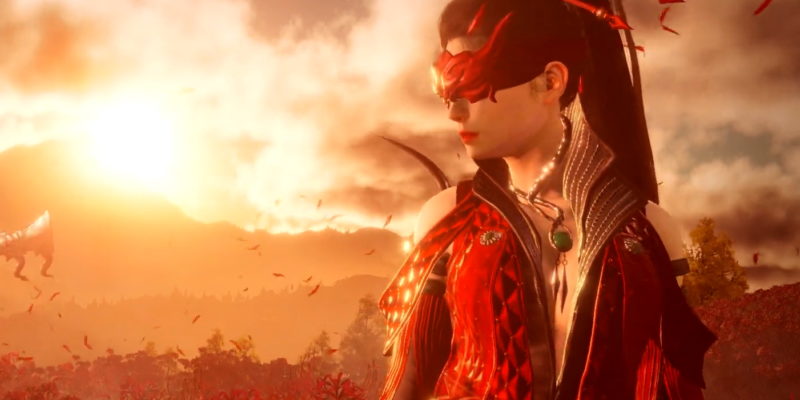 Naraka: Bladepoint presents us with a question that no one asked: what if Sekiro, but online? And Chinese? That’s two questions, and fortunately for us the answer is just “yes.” You’d be forgiven if you felt that the wild ninja hijinks of Naraka‘s trailer during The Game Awards 2019 looked familiar. Swords, samurai, and grappling hooks, all of which invokes the gameplay of Sekiro or Tenchu. But this game takes the battles online.

Naraka: Bladepoint is a multiplayer combat game with plenty of action. The characters in the trailer were dressed exotically, in flowing, red outfits or wearing pants and a large sword only. Locomotion leaned heavily on sprinting, wall running, and a grappling hook that allowed the characters to climb or hang from a ceiling. 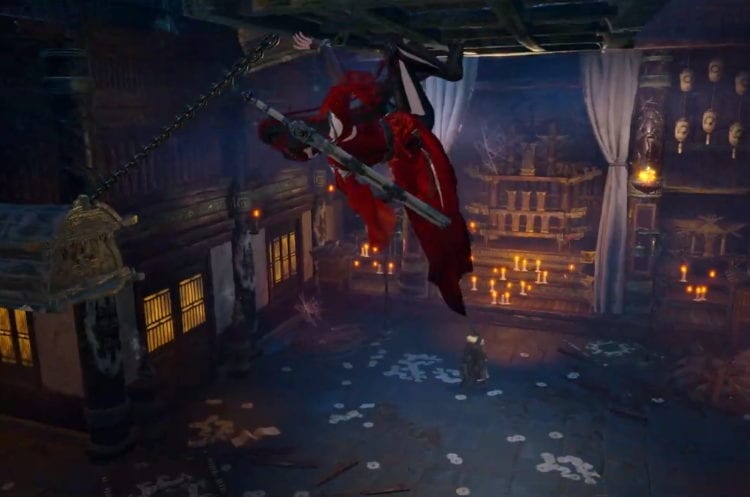 There does indeed seem to be a bit of ninjitsu at play as well. We see a large man swinging an equally large ax that was engulfed in flames. The woman he was fighting seemed to be against the odds, but then used some power of her own, making her sword glow purple.

“With an aim-at-whatever-you-want grappling hook and a sophisticated yet beginner-friendly combat system involving accessible block & parry mechanics, Naraka: Bladepoint is designed to provide a brand-new experience of melee combat and world exploration,” said Chinese developer 24 Entertainment in a press release.

There’s not much else to go on with Naraka: Bladepoint at the moment. From what I can glean from the trailer, the fights look like one-on-one affairs. But perhaps there will only be a handful of players at a time in small, contained clashes. We only see two characters facing off at a time, which could mean the game supports a mode where two players hunt each other down and fight. Of course, it could also just be for the effect.

Naraka: Bladepoint comes out on PC via Steam in 2020.