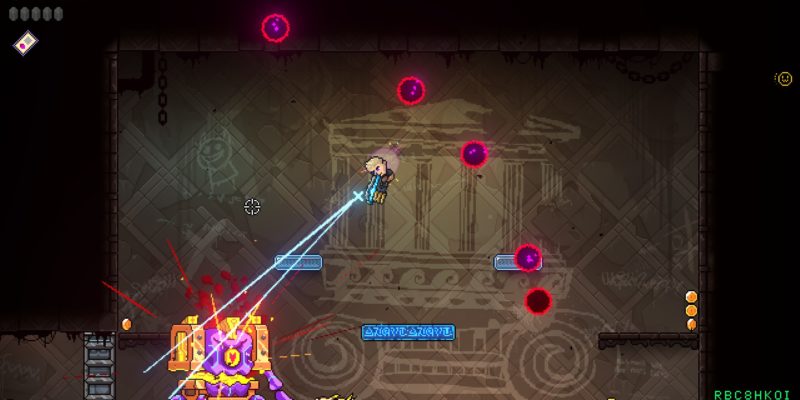 I found myself playing the Neon Abyss demo over and over again, searching for new weapons and upgrades and, um, Easter eggs. To me, that speaks volumes for what the game will have to offer when it launches. This charming, gun-toting rogue-lite may bring a lot of bang for the buck. Its demo is out now as part of the Steam Game Festival: Summer Edition.

Neon Abyss may draw some parallels to games like Enter the Gungeon. Throughout its pixelated rooms lie various, powerful upgrades and an array of dazzling guns to shoot. However, Neon Abyss is more subtle in its approach, offering a 2D side-scrolling view and only so many weapons to discover. The game is more about getting the best upgrades a la The Binding of Isaac, and likewise will change your character’s appearance. Not grotesquely, of course, but you might be rocking a killer set of horns and night vision goggles in one of your runs. 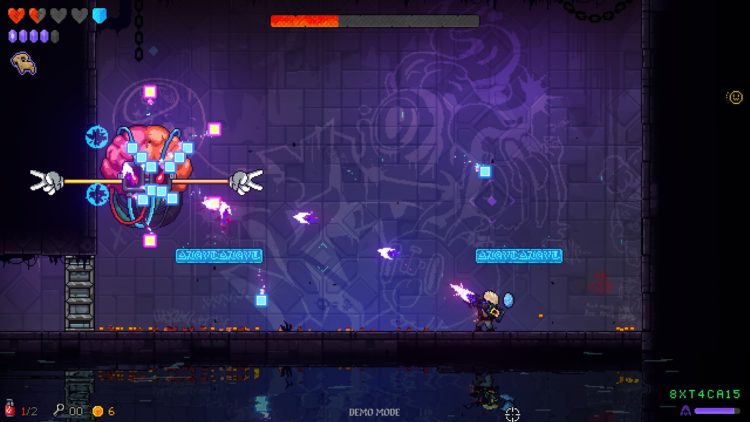 Lock up, stock up

You start off with a simple rifle but are provided plenty of chances to get better decked out. Some of the randomly generated rooms will contain a fancy new gun. Like one that fires blue orbs but has a chance to blast out a devastating laser beam. Another will be weaker damage-wise, but its bullets will lazily guide themselves toward enemies. Weapons can be found locked away in rooms that can be unlocked with currency or by using a couple of glittering crystals scattered throughout each level.

Guns are rarer than what you’d find in Gungeon, but Neon Abyss makes up for it with flashy upgrades. In my first run, I stumbled upon a power that enabled me to gingerly float through the air, making dodging enemy fire a breeze. A pair of devil horns makes you look more intimidating, sure, but the extra weapon and melee damage they provide sends that message home. You can also find items that provide more heart containers or allow you to jump higher and move faster. The amount of varying upgrades makes each run of Neon Abyss feel different than the last. 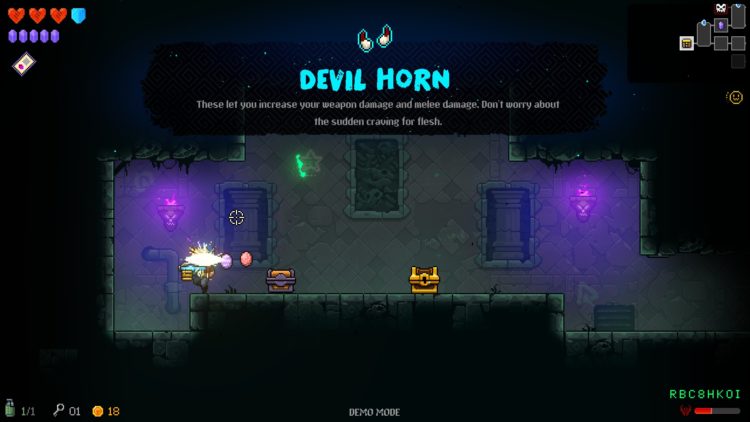 I haven’t found a bunny yet

Oh, about those Easter eggs. You were probably wondering what the hell I was on about. During your runs, you’ll discover colorful eggs found in chests or within destructible blocks (use grenades). At first, I honestly had no idea what those were supposed to be. But after a few rooms, one of them hatched and gave me…nothing. Confusing, right? Well, it wasn’t long before another hatched and out popped a cute, cuddly teddy bear that floated just behind my character.

Eggs, I discovered, have a chance to hatch and provide you with a little buddy to help you fight. Most seem to fire bullets with different properties, such as bouncing shots or ones that seek out enemies. The ghost baby, for example, will shoot penetrating bullets, and upon death will protect you from damage for a limited time. Soon enough, I had a small, adorable army in tow, shooting at enemies and just looking darn cute. 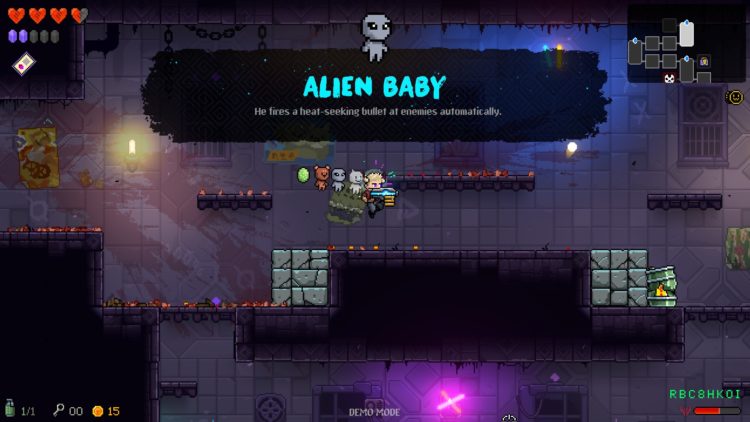 Can I offer you an egg in this trying time?

Indeed, Neon Abyss has a charm that’s hard to deny. I really connected with my character, with his blond hair and hard, judgmental stare. Even if you die in your run, it’s challenging to stay mad for long. You get warped back to a hub world: a bar and dance floor where you can stop and shake your pixelated ass to the thumping beat. The boss fights are entertaining, featuring imaginative and often creepy beasts to slay — such as some kind of flying pumpkin and a boss fight that consists of a pair of mutated fast food mascots.

While the Neon Abyss demo is short, it does provide a glimpse of what’s coming in the full release. There’s a massive unlock tree, where you can use yellow crystals to purchase new upgrades and playable characters. The full game should have more than 400 items and upgrades, as well as more bosses and dungeon variations. If you’re interested in loading up and giving Neon Abyss a try, you can check out its demo on Steam today. 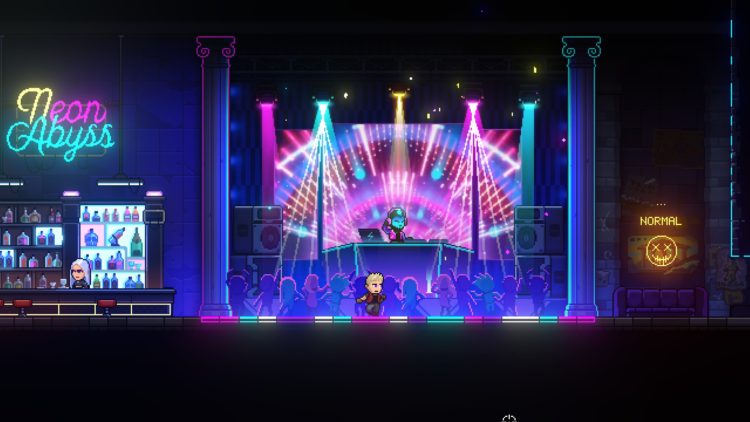 Apex Legends is coming to Steam with cross-play