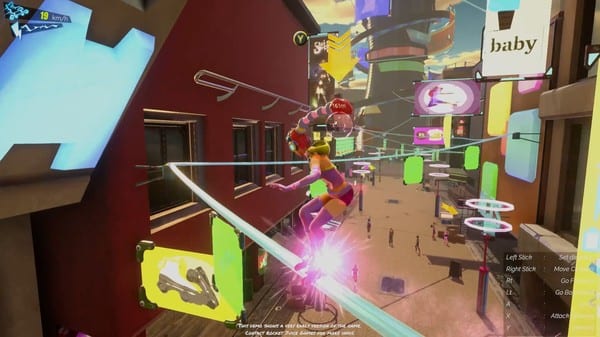 Neon Tail follows the journey of a young girl living in Bluepulse City. She starts off as a rising “Skate for Street” (SFS) pro skater. After receiving mysterious powers from an otherworldly being, she’s now tasked with saving the city. A dimensional disaster erupts in Bluepulse and it’s up to her and her newfound powers to stop it, all while continuing her path to becoming a star skating player.

In-between fighting off cross-dimensional creatures, players will be exploring an open-world city. Neon Tail is expected to have a plethora of side activities to partake in, including taking small jobs, shopping, and hanging out at local eateries.

Here’s a look at the trailer released by Rocket Juice Games.

Rocket Juice Games developers have mentioned Neon Tail will be about 25 percent complete by the time it releases in early access. By putting the game into early access the team is hoping it will help with development costs. Additionally, Rocket Juice has stressed their desire for getting feedback from the community.

The game will be in early access for roughly one year. Initially, the team will focus on improving game mechanics and free-roaming activities. As the months go on, the plan is to completely flesh out the story for full release. During the early access period, the game is planned to gradually increase in price as more features are added. However, no price has been set.

Neon Tail currently has a demo available on Steam. As of now, there is no set price or date for its early access release. Fans who want to stay updated can check out Rocket Juice on Discord or Facebook.