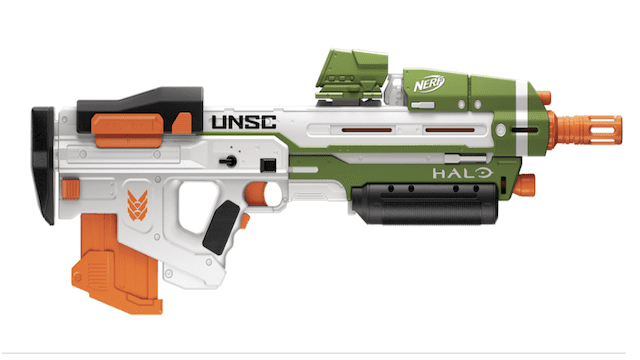 If you’ve been looking for some serious Nerf firepower — or, at the very least, Halo Infinite collectibles — you’re in luck. Nerf has announced that it’s teaming up with Microsoft and 343 Industries for a special line of Halo Blasters, including the Needler. Three will be available starting on October 1.

Here’s what’s in store, Halo fans. First up is the Halo MA40 Blaster, which is based on the weapon that’s featured in Infinite. It comes with a clip that holds 10 darts, and it is very reasonable to use in battle. What’s more, once you put 4 C batteries in it, you’ll be able to fire the darts automatically. This Blaster is the most expensive of the three, clocking in at $49.99.

But here’s the fun part. It’ll also come with a code that will let you unlock this color scheme within the game. As expected, however, that counterpart will be able to fire real bullets at the Covenant or whoever else you’re fighting. You can see it above.

Wait, what’s this about a Nerf Needler?!

There’s a Nerf Blaster that’s based on the Covenant’s Needler. It’s somewhat small in size, being part of the MicroShot line, but rather effective with its sleek design. What’s more, it’s able to fire two darts manually at a time. And its price won’t set you back too far either, going for just $9.99. (No, the darts do not explode.) 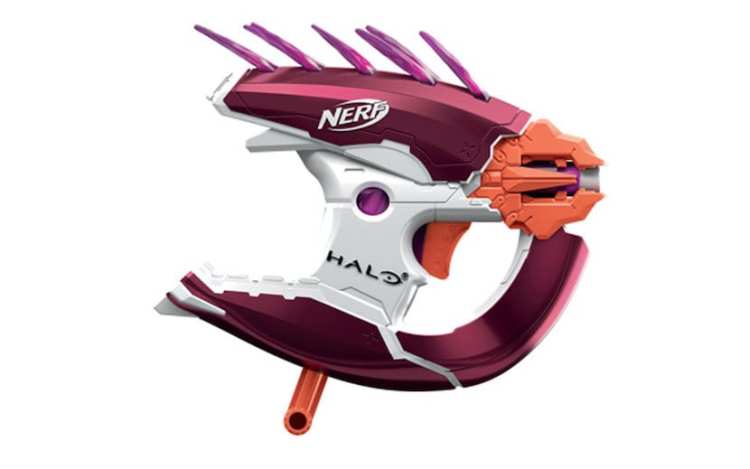 Not a fan of the Covenant? Then you can also snag a MicroShot of the SPNKR on the UNSC side of things. This one is also capable of firing two darts at a time manually and goes for the similarly low price of $9.99. 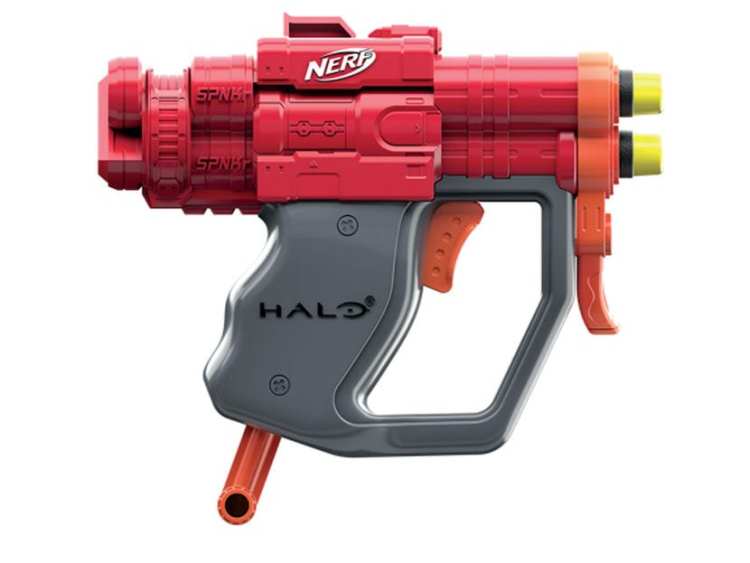 Again, all three of these Nerf Halo guns will be available for purchase at the beginning of October. As for Halo Infinite, it’s still scheduled to release this holiday season for Windows PC and Xbox formats.