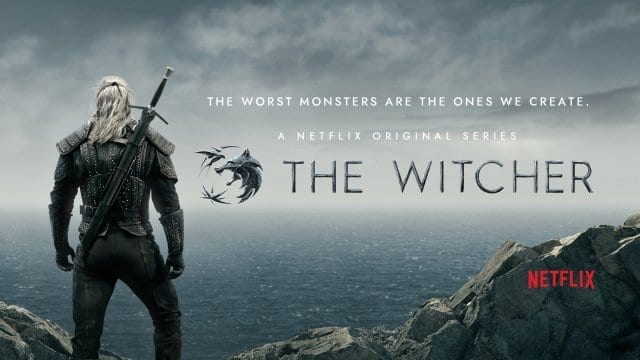 The San Diego Comic-Con 2019 is in full swing, and the panel for The Witcher Netflix series took place this afternoon. The Netflix Twitter account @NXOnNetflix started a thread with some comic book panels to present the panel in the spirit of Comic-Con. The first panel features the main cast – Henry Cavill, Freya Allan, and Anya Chalotra – as well as showrunner Lauren S. Hissrich. The other panels feature the lead characters – Geralt, Ciri, and Yennefer – with short descriptions of themselves and their motivations.

Now, a few hours after the panel, the first official teaser for the series is here. We’d previously seen some still shots of the lead characters before, and now it’s time for some proper live-action goodness. And, well, the final result appears to take quite a few liberties with the source material, the books by Andrzej Sapkowski. It looks like we’ll see much more of the rise of Yennefer as a sorceress than the books showed. In The Last Wish, the story where the character first appeared, we learned that she was a hunchback before her sorceress makeover. The series will show exactly what she looked like, which includes a facial deformity. It might be great character development if done just right.

The infamous Nilfgaardian armor is here

We also see that the infamous Nilfgaardian armor that leaked in May actually made it into the series (1:08), which is pretty bad. When I first found out about the series, I was hoping that Tomasz Bagiński would handle the general aesthetic direction. He’s the one who directed all the cinematic intros for all the games in CD Projekt RED’s The Witcher trilogy. It’s kind of disappointing that it looks like Netflix is deciding to go in a more experimental and just plain weird direction that I don’t think suits Sapkowski’s fictional world. Still, who knows, they might still have some nice surprises.

It looks like we won’t really get to see the ‘brat’ version of Ciri when she first appears in Brokilon and meets Geralt. She instead looks like she’s already in her teens. It might not have the same emotional impact when Geralt and Ciri reunite at the end of the story “Something More,” but I guess we’ll see. The elves are also decidedly very unlike what some would expect based on The Lord of the Rings and the games. This is a very risky creative decision, and it might backfire. I do like the special effects at the end, though. If that’s an Arachas, it looks pretty cool.

Henry Cavill looks good as Geralt most of the time, but in the scene where he says “That’s all it needs to be,” he looks super roided out, and I don’t think that look suits the character. He’s supposed to be a lean machine, able to easily dodge monster blows and slashes. Instead, he looks way too muscled, appearing more Letho than Geralt. Acting-wise, though, Cavill does seem to understand the part.

What do you think of the first teaser? Are you excited or disappointed with the direction Netflix is taking? Have you read the original Witcher books? Drop your comments below and tell us your thoughts and opinions!