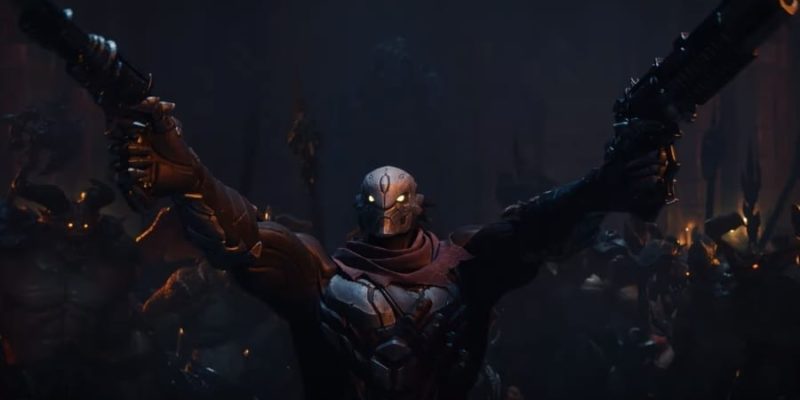 It’s been a good couple of years for Darksiders fans. The first two games were cult classics of sorts, so it was a huge blow when THQ went under a few years back. Luckily, the Darksiders license was absorbed into Nordic Games (now THQ Nordic), and we got Darksiders 3 last year. We’ve seen War, Death, and Fury. But fans have been waiting to play as the fourth Horseman of the Apocalypse, Strife. Soon, that wish will be granted, as Darksiders Genesis releases on December 5. In the latest gameplay trailer, THQ Nordic revealed some of the customization players can expect in the game.

Darksiders Genesis actually functions as a prequel to the first game. Armageddon has yet to happen. Players will assume control of Strife and War (single-player or co-op) and fight their way through Hell.

The world of Darksiders has always been fascinating. It’s a post-Biblical Apocalypse world, where the remnants of angels and demons vie for power, and the only traces of humanity are ruins and withered, zombified shamblers. It will be interesting to see the events that lead up to the beginning of the first game.

The Creature Core-system, as the developers call it, allows players to customize their Horsemen as they want in order to fit their playstyle. Strife and War both start off with a few basic attacks, but you can unlock more devastating abilities as you progress through the game. Similar to the other Darksiders games, you unlock these abilities with “Creature Cores,” taken from slain enemies and bosses. You can also buy them at Vulgrim’s store. 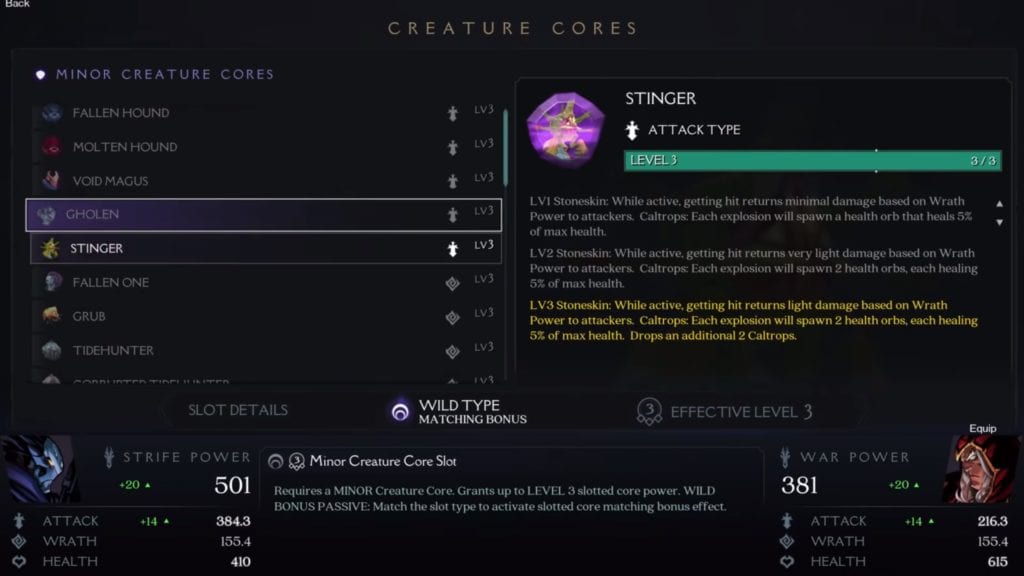 What kind of abilities can you unlock in Darksiders Genesis? Well, you can add passive buffs like an increase to attack power. Dashes can be upgraded to leave a trail of fiery lava in your wake. You can unlock a hellhound that has a chance to spawn when you attack. So yes, it looks like there will be a lot of options. However, expect Strife to focus on ranged combat while his brother War focuses on melee. War also seems a bit more tanky, while Strife focuses on dishing out the DPS.

In addition to new abilities, you can unlock weapon enhancements and new items to use in your fight. The gameplay looks frenetic and fun, Strife seems like a welcome addition to the Horsemen roster, and the story is poised to expand on the mythology of the series. My biggest hope is that there is a viable endgame or achievement catalog to keep players coming back for more.

You can pre-order Darksiders Genesis on Steam or at the game’s website for a discounted $25.49.