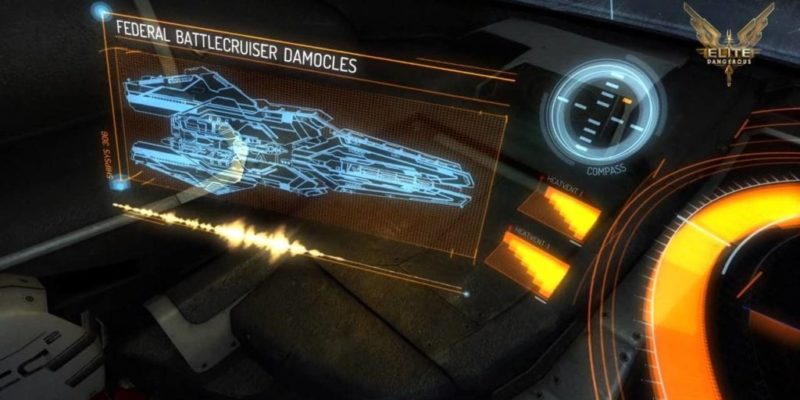 A new video developer diary for Elite Dangerous has been released in which Frontier’s Art Director Chris Gregory explains how they’ve used a team of artists and animators to design elements of the HUD and cockpit.

These design concepts were added to the sequences we saw in the Capital ship battle video, and as Chris explains, it saves development time by testing the ideas that have not yet been added to the game engine.

The lighting and holographic images on the HUD do look tasty, and the radar system does take you back to the good old days of the original games. Happy days.

Even though Elite Dangerous may not be getting the funding and support that we’ve seen for Star Citizen, it’s so far raised £2,013,785 as of writing, this is definitely a game to keep a close eye on. It’s an Elite game after all.

Interested parties can still chip in and back the game via the official site. Now watch the video…