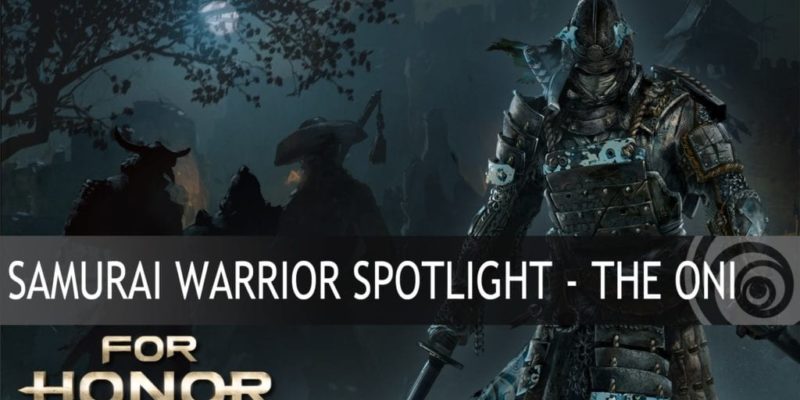 It seems only fitting that the latest For Honor video to be released comes from the Tokyo Games Show and it features the Samurai Warrior – The Oni.

Clad in wood and leather armour this character is a master with the Katana and also comes with the the key abilities of Poisoned Blade, throwing a Kunai, and Arrow Storm which looks like some sort of arrow barrage. He’s also pretty agile with some slick moves as he darts aroudn the battle field. Surely metal armour should trump wood and leather? I guess we’ll find out when it’s released.

For Honor is a brutal third-person multiplayer melee-’em-up due in 2016.