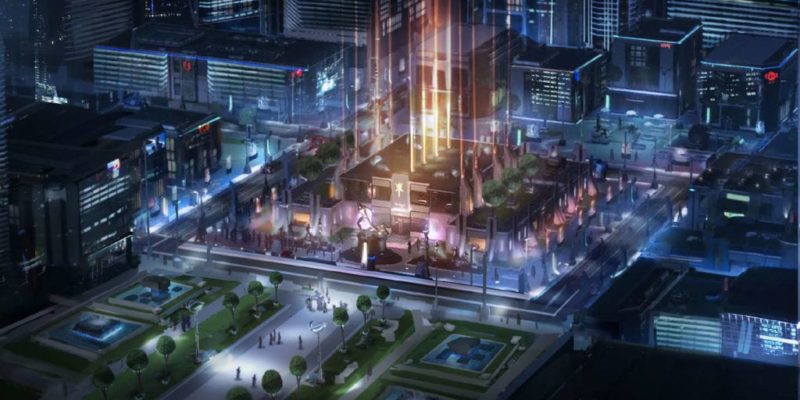 Those of you who love a mystery surrounding a new game announcement should enjoy this one from 2K.

2K are now busy teasing a new title which we assume will eventually be called Advent, although there’s no confirmation on that yet. Along with a Twitter image which shows a delightful modern cityscape which suddenly flicks to a city in flames (see below), a website has also popped up.

The new website describes how wonderful the city of Advent is and how happy the citizens are but that’s obviously not going to last long. This is a game after all and there wouldn’t be much drama if everyone lived happily ever after.

Behind this city there appears to be one of those sinister organisations which always appear in sci-fi stories and this time they appear to be called the Advent Administration.

“The ADVENT Administration strives to create a world free from hunger, pain, sickness, and war. We believe in a global community of happy and comfortable citizens.”

That sounds like an utter lie to me and there’s obviously some brainwashing going on. There’s also reference to DNA splicing to cure disease which also sounds a bit sinister.

“Our citizens no longer fear the diseases and disabilities that plagued past generations. A complex and cutting edge system of DNA splicing has led to cures ,not only for the viruses and infections that for millenia haunted us, but for mental illnesses as well. Come discover an Illness free world with us.”

Other than what’s on the website at the moment, there’s not too much more to go on but there are a few pieces of concept art to enjoy for now. Will it be another Watchdogs type game? Perhaps something like Syndicate, or even an RPG? We’ll keep you posted.