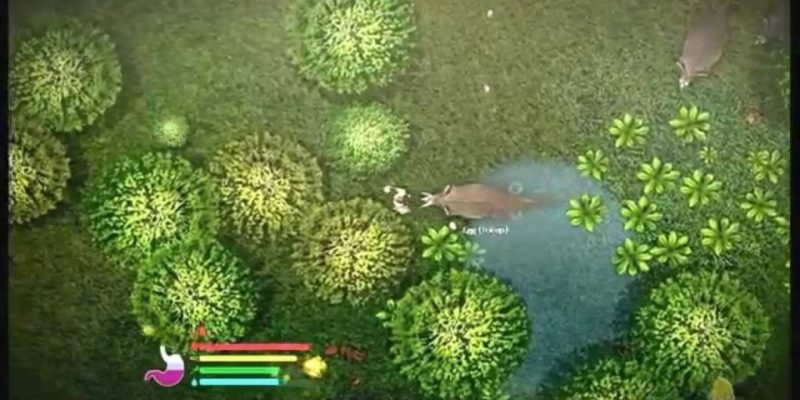 Game developer Giulio Cangiano asks you to support and buy what he believes is the only wilderness survival game immersed in an ecosystem simulation during the late Cretaceous period. You can do that right here.

DinoSystem is marketed as the ultimate sandbox and open-ended wilderness survival game immersed in an ecosystem simulation. It is planned for PC, MAC and possibly Linux and Android/iOS. The game will be released as a DRM free download and backers will receive a Steam key, if it goes on Steam.

The setting takes place during the late Cretaceous period, and the end-game features a massive disaster marking the end of the age of Dinosaurs which the player must strive to survive.

The game simulates every imaginable variable such as advanced and basic needs, air and body temperatures, animal life and behavioral aspects, plant life cycles, natural disasters, soil fertility, water cycle, and various weather related elements such as atmospheric pressure, humidity, and seasonal changes among many more yet to be determined. Every variable works to create a dynamic and emergent survival experience where, even though the player is not the center of the world, they can influence it with their actions.

DinoSystem can be played in both a Survival Mode and God Mode. The latter has you actively managing the simulated ecosystem a bit like SimEarth and SimLife.

New Info about Akane the Kunoichi, Now Available on PC Windows through Steam

The Last of Us concept artist trolls fans