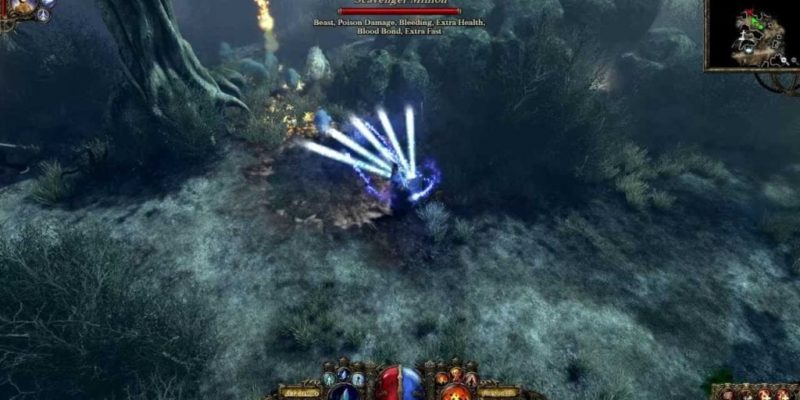 Linda from NeocoreGames had this to say on the announcement:

“Have you ever wondered how awesome it would be to take out your enemies with a wide range of destructive spells… as the great monsters hunter Van Helsing? You wanted it and we decided to make it possible! In the new Van Helsing: Thaumaturge DLC you can play the Thaumaturge (try saying that fast three times in a row; or just once), a brand new class for the indie action RPG title.”

While a mage-like class was missing and Van Helsing only had a couple of spell-like skills, this comes as a surprise because the Thaumaturge class is also featured in The Incredible Adventures of Van Helsing 2 alongside the Arcane Mechanic class.  Neocore Games may be attempting to test the mage class early rather than saving it for the sequel.

So what the hell is a Thaumaturge class anyway? Linda adds:

“Yes, we all know that it’s not a common name for a mage-type character but our narrative designer has this thing about fancy names. (I even asked him several times to call the next character John, Mike or Mark but do you think he’s listening to me? Clearly not.) The Thaumaturge is a rare type of hunter, specialising in the magical arts, with some stunning arcane abilities. Stab your foes with ice shards, force them into a fire ring (or a square, triangle, or whatever shape you can imagine for your firewall) and once they’re nicely rounded up, blind them, boil their blood and hurl thunderbolts into their faces. It sounds like fun, doesn’t it? Then recharge your Mana and jump into the battle next week when the new DLC comes out on Steam!” I’m sure those names sound equally heroic but none can equal the mighty Domovoy Baggins.

What about new gear? And if the Thaumaturge class DLC is in the sequel, can my characters be ported over? Yes they can, new gear is also included in the new Van Helsing: Thaumaturge DLC, it will also be interesting to see how Lady Katarina interacts, both in terms of gameplay and if the banter will also change but there is no mention of that changing with this add on.

Priced at $3.99 USD and released on September 26th, you can find out more about the Thaumaturge DLC early when NeocoreGames stream beta gameplay live on Twitch, 11am PDT/ 8pm CET.