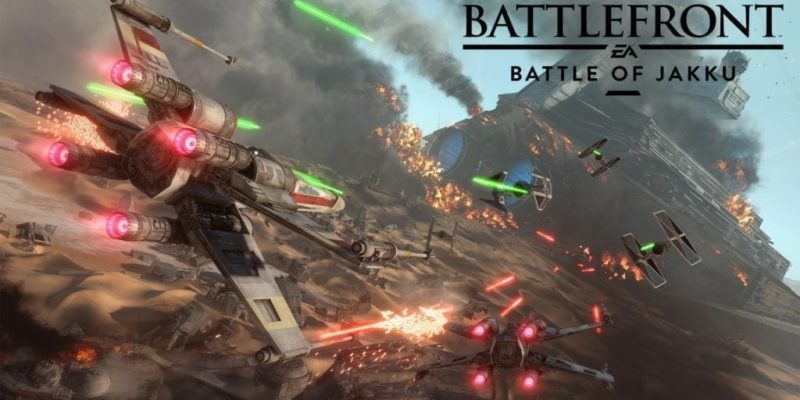 Finally, the new Battle of Jakku DLC starts to roll out on every platform and for everyone who pre-ordered Star Wars: Battlefront it will come also free of charge. Starting today, players who pre-ordered the game can already download it on their PCs and consoles and everyone else has to wait a few days more until they can purchase Battle of Jakku (December 8th). DICE decided to unleash some new gameplay trailers about the much anticipated extra content that will feature a brand new map and a fresh 40-player mode called Turning Point.

Jakku is a desert planet that will be featured in the upcoming movie Star Wars: The Force Awakens, although Battlefront’s level is set one year and four days after the Battle of Endor, the final battle in the movie Return of the Jedi. In the games’ map and mode, the Empire is being pushed back and Rebels must take one of three control points in order to open up further control points located inside the territory of the Empire. The players have to continue to push back the “enemy” until they can unleash the final assault on the opponent’s base.

Players who play as Imperials have to defend their control points, since time is their only real “ally”. Empire players must split up and defend the control points, whose capture percentage does not reset if Rebels are forced back. Airspeeders and AT-STs will be playable in Turning Point too.

You can have a look at the trailer below.