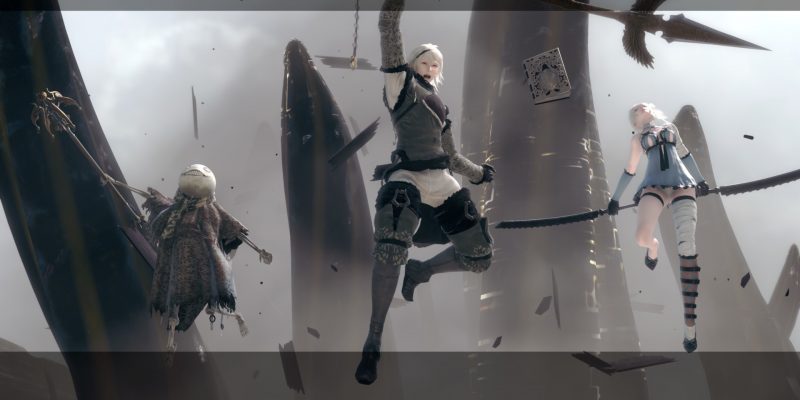 Many remasters aren’t particularly effortful. A slight increase to graphical fidelity here, a new feature there. But not all games are made more important by hit follow-ups either. Such is the case with Nier Replicant. While it garnered mixed reviews upon its initial release, it sold well enough for the series to continue with a more experienced development team. Now, the original has been notably spruced up. All in all, though, this is the same game as it was 11 years ago, and the combat and narrative are more than enough to convince people to see it through. But this is still a title with some noticeable issues.

Nier Replicant has a lot going for it. Calling this a remaster simply doesn’t convey what this version does. I’d call it more of an overhaul. Textures have been replaced wholesale; a good thing, as the original release was not a particularly attractive game. This one has all the same areas and geometry, but everything looks much better. And it should, considering how much graphics have improved these last 11 years. Major characters have better faces and hair too. The combat has also seen some improvements. There’s a lock-on feature now, plus significantly more useful heavy attacks. Animations are better, and utilizing magic attacks has been made quicker and easier.

None of these fundamentally change the way Nier Replicant plays, however. Most of what worked before works now, albeit more enjoyably. The game’s previous version had a large amount of unvoiced dialogue. Now, every line of dialogue is voiced, even generic NPC comments. What a step up. The script itself has also been reworked in spots to be more accurate. The biggest addition to Nier Replicant is a new route, which adds a few more hours of playtime, and there’s even been a new arc added to the main story. Plus there are some weapons and costumes from Nier Automata. This is easily the definitive version of the game. Everything continues to bear the hallmarks of series creator and boss of the Drakengard/NieR franchises, Yoko Taro. 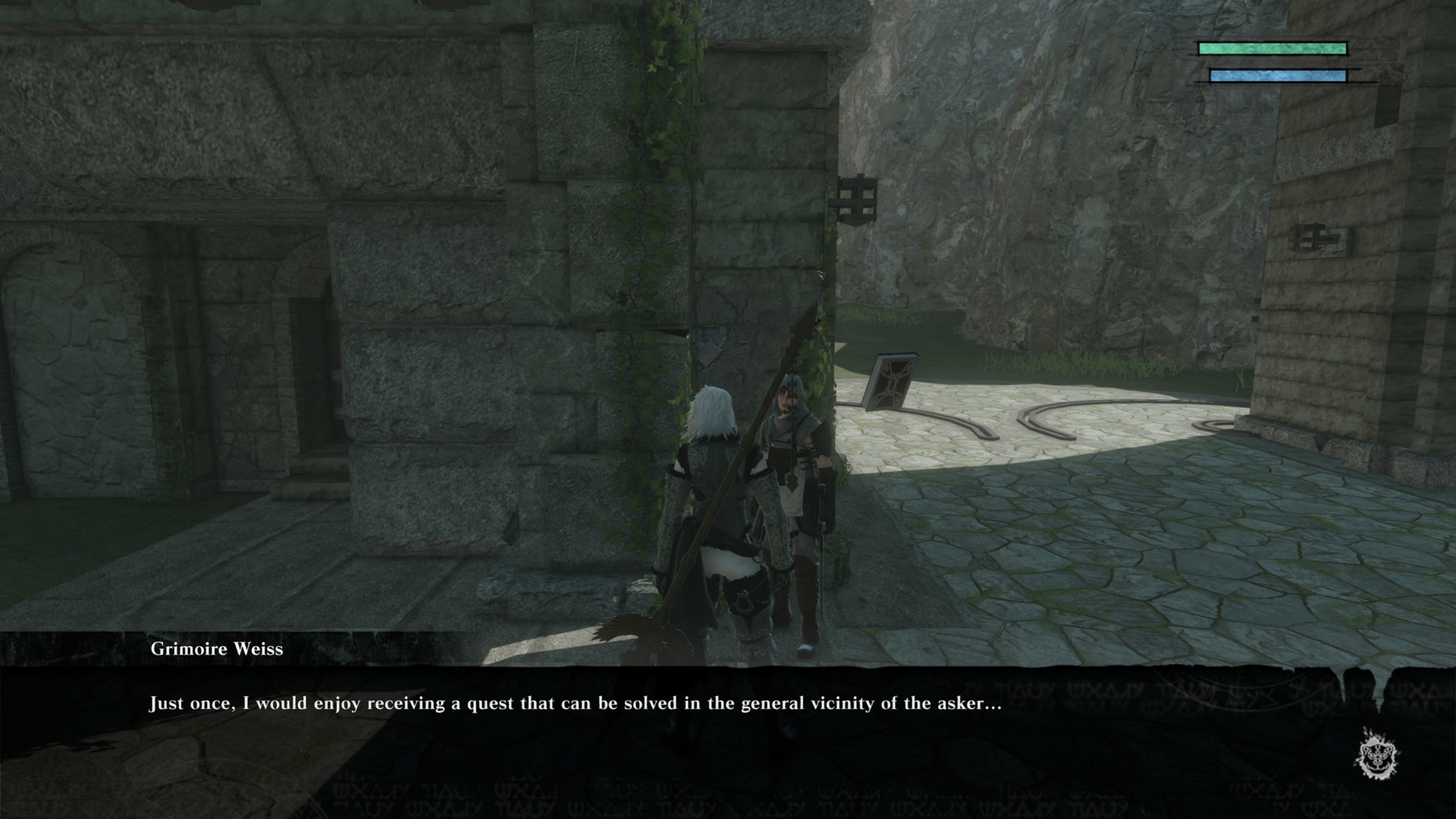 Unfortunately, nothing can fix Nier Replicant‘s biggest problem: the game is divided into two halves. The first sees you taking our sprightly, young hero through the world as he routinely finds new places and fresh faces. But the second half takes him back to all those places again. The ending A playthrough will require you to run through the game’s first dungeon three times. You see, the place is important, and we really needed to walk through the entire thing repeatedly. Including side quests, that’s bumped up to five.  This is made a bit more vexing by the fact that you’ll need to go through the other endings as well, which sees you replaying much of the game’s second half another couple of times. Including that first dungeon another four or five times.

My point is that Nier Replicant always appeared to have a budget problem. No official numbers exist, but the first half regularly takes you to new areas, while the second half returns you to those areas, often with little differences. It doesn’t help that so much of the game is predicated on running back and forth incessantly. The second half gets a fast travel option, but the first will ask you to move between the same few places with surprising regularity. On the other hand, the game world is far from large, allowing you to reach your destinations without expending too much time or effort. But it adds up regardless.

Nier Replicant even lampshades this repeatedly. Weiss, a floating book that talks like a caricature of stern English royalty, will often remark on how ridiculous the game’s quests are. The developers absolutely knew what they were doing. Some of it can arguably be chalked up to commentary on game design itself, as Yoko Taro is exactly that sort of director. More of it is padding. This is demonstrated by the game’s side quests, which are the most basic fetch quests imaginable. A villager needs you to collect some materials for a thing. Would you please deliver this package? These enemies sure are annoying, perhaps you could slaughter them for me? 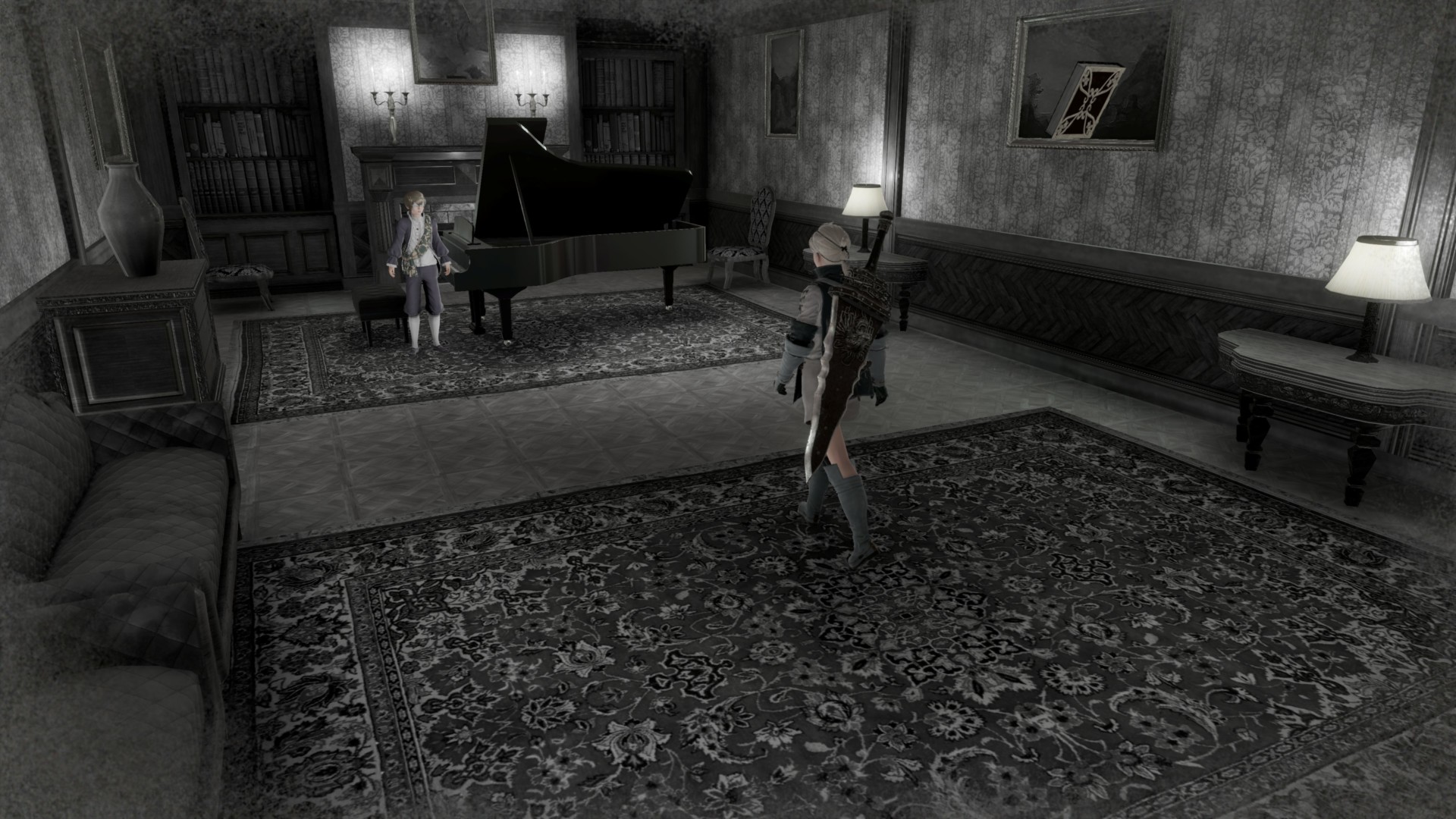 Greater than the sum

The astounding thing about this is that Nier Replicant remains engrossing in spite of all of the above. The writing is quite good, even if character development can feel unearned. But the unique elements of the plot are simply creative. Most video game writers simply aren’t capable of coming up with stories like this. Even the seemingly throwaway sidequests have details and characters that pop up later in the game. A nameless NPC you did a fetch quest for in the first half might show up again later, their story tying into either part of the main questline or a separate side quest.

This commitment to narrative coherence is Nier Replicant‘s strongest quality. There are five endings in all, three of which require you to replay a chunk of the second half. But it’s hard to say no to such an interesting plot. Plus, without sidequests and fast-forwarding through the dialogue, it doesn’t actually take long at all to make it through these sections. You do have to collect every last weapon in the game to see everything, though — a Yoko Taro staple. As hard as I am on the game’s shortcomings, I truly don’t mind them much. It’s quirky and generally enjoyable enough that the ceaseless mundanity of the gameplay loop just doesn’t get on my nerves.

It’s also to Nier Replicant‘s advantage that it so regularly has little surprises that shake things up. The game is very fond of changing perspective. Sometimes it becomes a sidescroller, other times it switches to a top-down bullet hell focus. One section sees the camera switching to an isometric perspective, while another pointedly calls back to the first Resident Evil with fixed camera angles in a spooky mansion. There’s simply a lot to like about the game. I will say, though, that much of the level design in dungeons is rather underwhelming. Drab corridors meet forgettable, interchangeable spaces time and again. 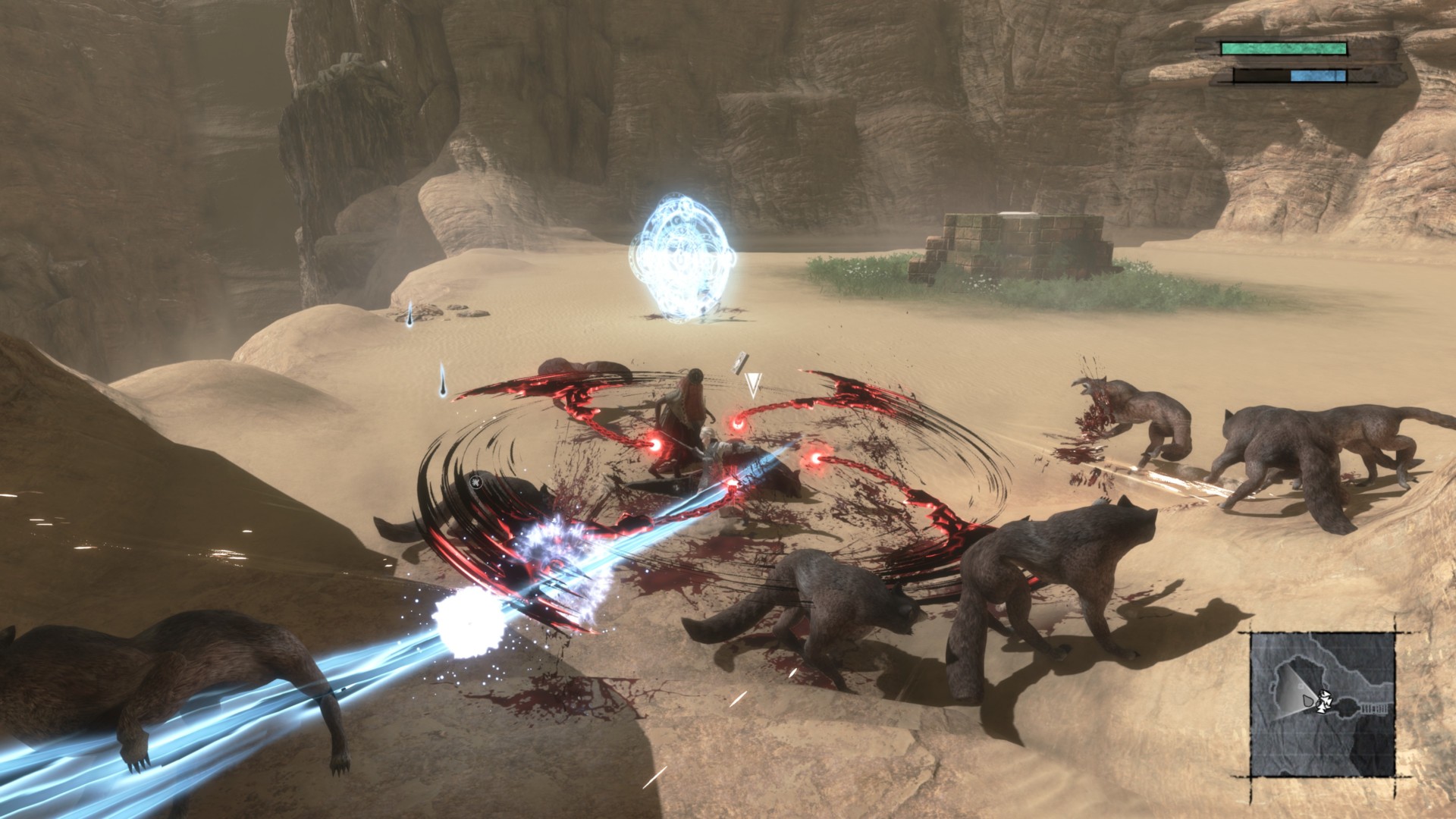 Nier Replicant is very much a game that’s not for everybody. It revels in tedium and has more fetch quests than you can charge a boar at, but it makes up for its deficits with a compelling narrative and unique design elements. Game design may have moved on some compared to where the game resides, but it’s still very much worth playing, for old fans and newcomers alike. Just don’t expect a wholly different experience. Nier himself may no longer be a hideous old man, but this is one dog that is simply too old for new tricks.

Padded and tedious, but engrossing and enjoyable. NieR Replicant occupies a strange spot in the gaming pantheon.

How Nvidia Filters can vastly improve visibility in Warzone