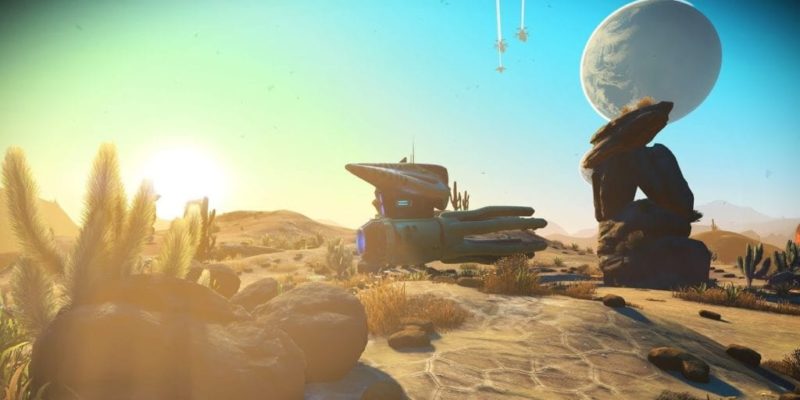 There was such a fuss when No Man’s Sky released without full multiplayer and Hello Games’ Sean Murray took a lot of flack at the time. The good news is the team has finally got there after two years.

The No Man’s Sky NEXT update will be dropping on Tuesday 25 July in the US and Friday 7th July in Europe for the PC. This update will finally bring a full multiplayer experience to the space exploration game.

Budding explorers will be able to play alongside their friends and bump into random travelers as they explore. Players will be able to work as a team to build bases which will be seen by others and players can team-up with friends for some space combat.

“Multiplayer completely changes the No Man’s Sky experience, it’s emergent, fun and intense in ways we always wanted it to be. I’m so happy this is finally happening” said Sean Murray, founder, Hello Games. “It is genuinely exciting to be able to fully realise the potential so many people could see in No Man’s Sky. This will be our biggest update yet and we’re pumped to be bringing Xbox players along on the journey with us now too.”

It’s great to see the game finally feature a full multiplayer mode but players have had to wait quite a while to get their hands on it. Might be worth fiding this back up again.