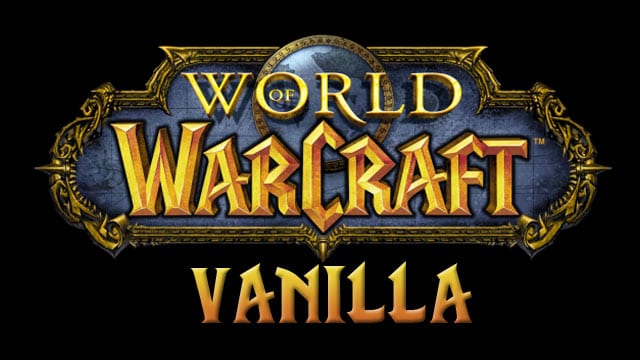 The most important part are the technical challenges launching an official vanilla WoW servers would be as highlighted in the report following the meeting which lasted five hours.

“First, they DO have the source code for Vanilla WoW. Code version control systems are not something new, as it has been a standard in the industry for a long time. With these systems, they can retrieve the code at any given previous backup date.

“However, in order to generate the server (and the client), a complex build system is being used. It is not just about generating the “WoW.exe” and “Server.exe” files. The build process takes data, models, maps, etc. created by Blizzard and also generates client and server specific files. The client only has the information it needs and the server only has the information that it needs.

“This means that before re-launching vanilla realms, all of the data needed for the build processes has to be gathered in one place with the code. Not all of this information was under a version control system. In the end, whichever of these parts were lost at any point, they will have to be recreated: this is likely to take a lot of resources through a long development process.

In addition to the technical aspects of releasing a legacy server Blizzard also needs to provide a very polished game that will be available to their millions of players, something existing unofficial legacy servers cannot provide.”

The reception appears to have been good and the petition can be deemed a success in at least opening a dialogue with the people that matter at Blizzard which included Mike Morhaime, Tom Chilton and J.Allen Brack among others.

Now that these discussions have been completed Blizzard is going to have to make a decision on whether they want to dedicate resources to launching vanilla servers. According to Nostalrius, Blizzard had no idea do many people wanted a vanilla experience until the Nostalrius server was forced to close which is hard to believe.

If Blizzard is to take this further, BlizzCon would be a perfect time to announce it. If there’s no announcement at their annual event then there’s a high chance it won’t happen.

The full report it is worth a read and you can find that here.