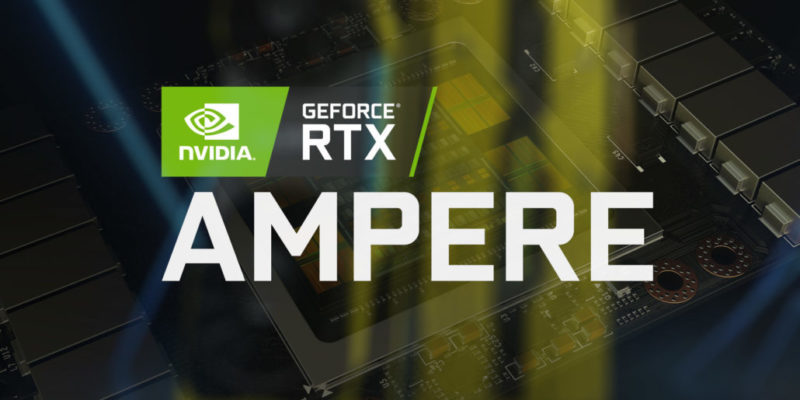 With the next-generation lineup of graphics cards from Nvidia fast approaching, more details of the new Ampere-powered cards are becoming known. The team over at Videocardz has revealed the full specs of the upcoming GeForce RTX 3090, RTX 3080 and RTX 3070.

Though a specific date and pricing is unconfirmed, the RTX 3090 and RTX 3080 are both slated to hit retail stores sometime in mid-September. The RTX 3070 will follow suit shortly thereafter along with the eventual release of the lower-level RTX 3060.

As far as the specs are concerned, it’s no surprise that the new cards are going to be the most powerful consumer-level graphics cards released. The RTX 3090 will feature the GA-102-300-AQ GPU which includes 5248 CUDA Cores, an increase of over 20% from the prior generation’s top card, the GeForce RTX 2080 Ti. It will also include 24GB of GDDR6X memory, and is rumored to cost at least $1399 USD.

The RTX 3080 is the other high-end card from Nvidia this year, and will feature 10GB of GDDR6X memory and 4352 CUDA Cores. While the drop from 24GB to 10GB of GDDRX memory is massive, it’s anticipated that various vendors will offer a 20GB version of the RTX 3080 at some point after its initial launch to bridge the gap.

For those who want to have a high-quality experience without spending the money it’ll cost to pick up the two higher-end cards, the RTX 3070 is likely to be your best bet. There’s no known price yet, but if a comparison is done between the 3070 and the 2070, consumers should expect a cost of around $500 USD. As far as specific specs go, the card will feature the GA104-300 GPU and 8GB of GDDR6 RAM.

The Nvidia GeForce RTX 30 series of cards are slated to be fully revealed on September 1 during a digital event. That event will be hosted by Nvidia CEO Jensen Huang, and should see the reveal of at least the three cards mentioned above. However, there is the possibility that Nvidia will announce other variations, such as a next-generation Titan card.

Windbound review — Into the wind, slowly