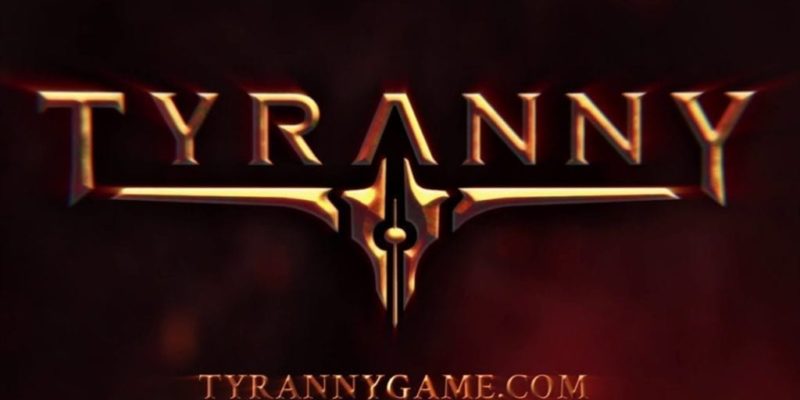 Obsidian Entertainment will give players the chance to play as the bad guy in their new fantasy RPG Tyranny. Tuesday at GDC, Obsidian and Paradox Interactive announced their new title which is set in a fantasy world that recently suffered through a massive conflict between good and evil.

The game will be released at some point in 2016 and will run on the same engine as Pillars of Eternity. Evil has triumphed in this game and the titles’ main character fought on the side of evil as the subordinate of Kyros the Overlord. The official website describes the story that lies behind “Tyranny” pretty accurate:

“You are the judge and executioner of Kyros’ law, acting under the watchful eye of the Overlords Archon of Justice, Tunon the Adjudicator. Your words shape the lives of thousands. Will you use that power to bring justice and inspire loyalty? Or will you bring fear and cruelty to the beaten people of the Tiers? (…) A nonlinear story challenges players to find their role within the dominant empire and live with the outcomes of difficult, morally unclear decisions,”

The brand new isometric role-playing game will come on Windows PC, Mac and Linux. You can take a look at the brief teaser and at some screenshots which look lovely and much promising.

Metro 2033 Movie Currently in the Works

Ark: Survival of the Fittest Launches as free standalone title