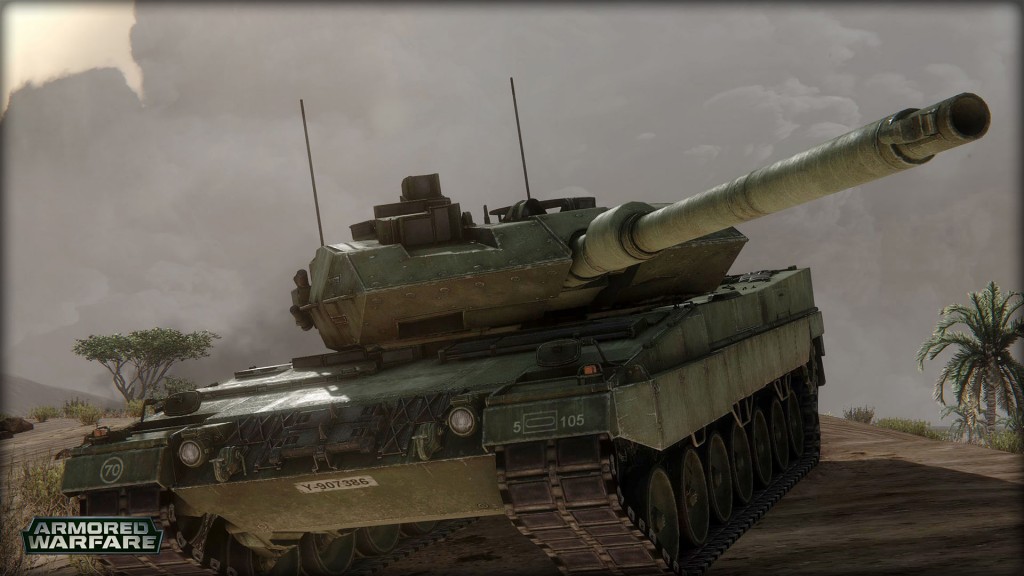 Considering the existence of Pillars of Eternity, Armored Warfare would have to do quite a bit to become my most anticipated Obsidian game. Mind you, if I was somebody who liked tank MMOs I may not give a damn about a classically-tinged RPG either.

Obsidian, or at least one of their capable community team, has been steadily providing an FAQ-type run-down for their upcoming military MMO, and here are the latest Qs to be A-ed.

What kind of rewards will there be for teamwork and collaborative play in PvE and PvP? How will players be incentivized to work together?
In PVE, maps will contain secondary objectives that will be designed to require teams to work together to accomplish some goal. These secondary objectives are usually designed around accomplishing a task in a certain amount of time or coordinating efforts in multiple places within a short time frame to reward teams that can coordinate and cooperate. Accomplishing these secondary objectives will provide rewards for the whole team.
In PVP, the nature of the game will require cooperative play in order to achieve victory. While individual players can make decisions or plays, no one can expect to win matches all by themselves.

How will you maintain the balance of tank characteristics? Will they correspond to reality or have deviations?
The key to balancing vehicles in Armored Warfare is to start with the realistic properties and parameters of the vehicle and stay as close to them as possible. And then, during balance iteration, tune the parameters that are less realistic in the first place, such as Hit Points and Damage per Shell while trying to avoid touching the parameters that have published, real world values. Finally, when even more is required to balance vehicles, adjustments may be made in some of the softer stats of a vehicle. In other words, stats that are bit more variable, such as performance of a vehicle in various off-road conditions, typical reload times of the vehicle while under non-ideal conditions, such as being on the move or being fired upon, are likely candidates for balance adjustments when necessary.

Many games focus heavily on shooting/destroying an enemy. How will players be rewarded for playing Recon? Will it be competitive with other roles?
Recon vehicles will be capable of packing a punch in the right situations. Recon vehicles armed with rapid firing autocannons will be able to sustain high damage per minute against light armored targets (other recon, artillery, tanks from behind). Recon vehicles armed with Anti-Tank Guided Missiles (ATGMs) will be a threat to even MBTs from many angles. In addition, Recon vehicles will have access to unique mechanics related to being the eyes on the battlefield. Recon players that provide a lot of vision on the battlefield for their team and actively use their unique mechanics will be rewarded in terms of match rewards every bit as much as other roles can be rewarded for gaining damage and kills.