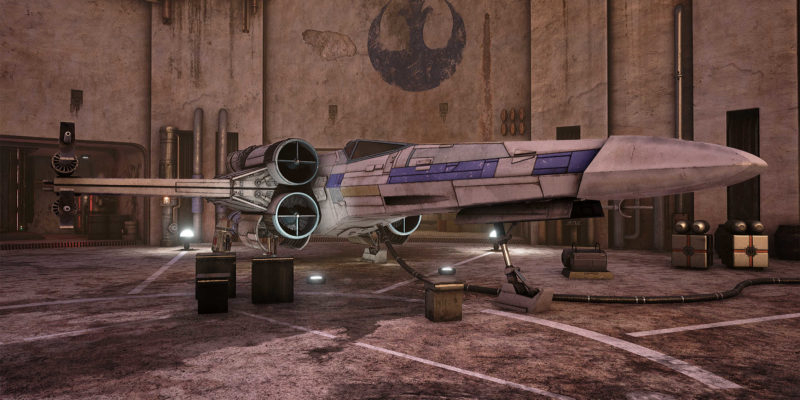 This isn’t exactly a game but it is very cool. A group of talented Obsidian developers have taken it upon themselves to recreate the iconic Mos Eisley from Star Wars.

The Obsidian artists have created this experience in their free time as a way to learn Unreal Engine 4. A total of seventeen people have been involved in the project, and as you can guess, all are massive Star Wars fans.

The project started with Obsidian’s Jason Lewis wanting to recreate the Millenium Falcon but expanded into quite an extensive project. There’s a great full-length article on the project and how it was created by Jason Lewis over on 80.lv, and it’s well worth a read as it explains exactly how the final version was achieved. There have been some incredibly talented artists working on this project as you can see from the shots below. It’s quite stunning.

There’s no VR version as yet, but  it is coming in the future according to Lewis. Star Wars fans will go nuts for that.

If you do grab it, make sure you find the building with the whole development team depicted as Star Wars characters. You can toggle floor directions to point you in the right direction but half the fun is exploring. There are four mirrors for the files available and the download comes in at 7.7 Gb.

Bloodstained release is delayed to 2018