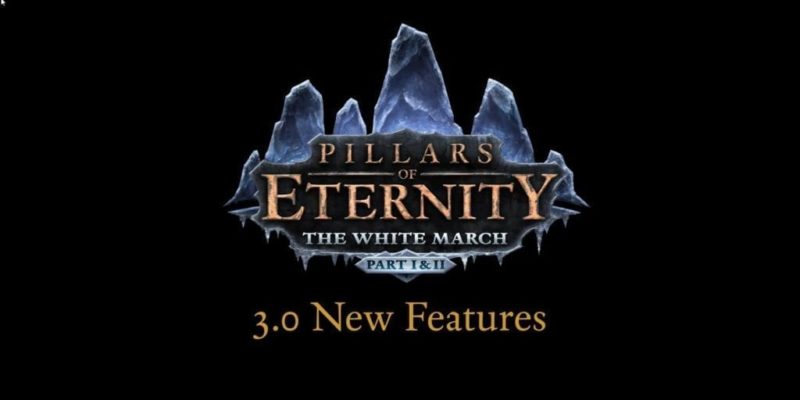 Pillars of Eternity: The White March Part 2 will launch on February 16, but even those players who don’t purchase the expansion will get a significant game update with a number of new features and changes.

The first major change is the introduction of a new easier difficulty setting called Story Time. In this mode, combat will be heavily biased in the player’s favour, requiring little character optimization. While the number of encounters and enemies will remain unchanged, they will be significantly easier and faster to vanquish. As its name implies, it’s best for those players who only want to experience the story and exploration of Pillars of Eternity without worrying about the complex combat.

A number of additions will also affect the player’s personal castle estate of Caed Nua. Firstly, adventurers and others that come to the keep will now have personal stories and will confront the player with interesting dilemmas. Secondly, a new plotline has been added in which the player character is challenged over his or her right to the estate.

Two skills of formerly questionable value, Athletics and Survival, have been given new life in the changes as well. Survival will now allow characters to choose from a number of resting bonuses when camping. Athletics will now provide characters with a special ability called Second Wind, which is a powerful personal heal.

A new combat difficulty option will also exist, causing characters to suffer injuries when they’re knocked out in a fight. The injuries vary in nature, but will come with a debuff that remains until that character rests.

Among the other changes, the bestiary has been expanded, abilities are now better organized on the action bar according to their once-per-rest or once-per-encounter uses, and the arrangement and difficulty of fights in Act III and the lower levels of the Od Nua mega-dungeon to decrease the number of encounters while increasing their difficulty.

For those who do purchase the expansion, they can expect a bunch of new content, including more areas, new story content, a new Barbarian party member, more soulbound items and an increased level cap.

I previously reviewed both Pillars of Eternity and The White March Part 1, and found them to both be engrossing experiences worthy of your time.

You can check out an overview video of the forthcoming update below: