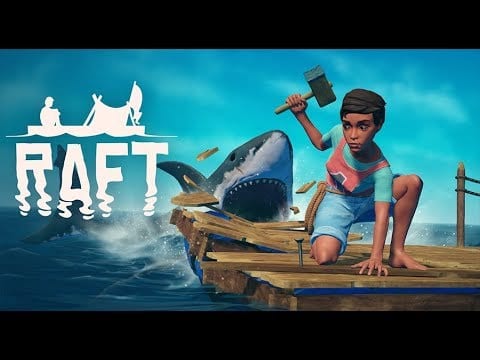 Redbeet Interactive and Axolot Games, creators of Scrap Mechanic, will be bringing their ocean survival and raft building title Raft to Early Access in May.

In Raft, players have to survive on a floating raft on a voyage across a vast ocean. Players must gather useful items from ocean debris, scavenge for useful resources, grow food and generally enhance their craft to survive. Already available on itch.io, the game has been grabbed more than seven million times but the Steam release will enhance the game according to Axalot.

André Bengtsson, CEO of Redbeet Interactive said: “The response to Raft since we first released the alpha has been simply incredible. We can’t wait to finally launch on Steam Early Access and continue to turn Raft into an even greater experience.”

Updates in the steam version include multiplayer, reefs, islands, more items to craft, more parts to build, more fish to catch and more crops to grow. The game’s visuals have also been given an overhaul.