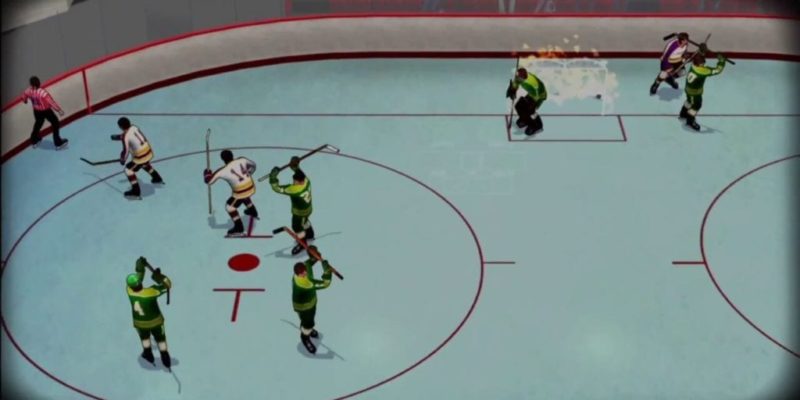 Ice Hockey can be a violent game and Vancouver V7 Entertainment wants to bring back the magic of punch-ups and blood spattered ice with Old Time Hockey.

The game has been inspired by classic arcade hockey titles and players can expect no helmets, stick fights, brawls and other unsporting-like actions.

“Everything from NHL 94, Blades of Steel, to other sports titles like NBA Jam and Tecmo Bowl inspired us. We wanted to recreate that old familiar experience of playing these games on the couch with friends”, says Director Karthik Venkateshan.

The game promises  5-on-5 arcade-style hockey gameplay “where players will their opponents to submit through rough and tumble aggressive hitting and fighting”. Various control schemes will also be available including arcade 2-button controls and a “Beer Mode” which is a control scheme which allows players to play with one hand.

Old Time Hockey us set in the 1970 and there is a story mode which follows the plight of a struggling team in the Bush Hockey League. “We also developed a hilarious story mode to wrap all the hijinks together. It’s a daring concept to incorporate narrative into a sports game but we think players will get a kick out of it”, added Venkateshan.