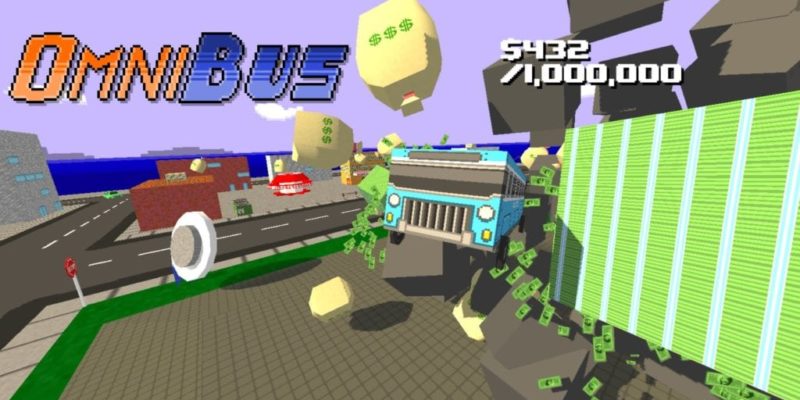 Billed as a lost piece of vapourware (it’s not) from 1992 (it’s made by independent developers Buddy Cops in this decade), it’s coming to Steam, GOG and the Humble store in Spring. So, somewhere between March and May, probably.

Based on what’s going on in the trailer (below), which, again, is fictional, just in case you were one of those people who somehow thought The Beginner’s Guide was a documentary, OmniBus is quite a silly thing. In it, you’ll be driving “the most powerful bus in the universe” and attempting to defy pesky game physics as you complete missions at dangerously unsafe speeds.

“Slay demon buses, harvest space corn, and transport astronauts to a wedding as the legend foretold to become the one true OmniBus,” it says here in this press release. Those all sound like incredible worthy goals, and players should be proud to complete them.

But wait, there’s also a “chaotic free-for-all multiplayer versus mode”, and a free play arena in which to pull off totally sick bus stunts. Looks like it’ll have four-player splitscreen local co-op too, if you happen to know three other eager bus drivers in your nearby area.

Arslan: The Warriors of Legend is getting a PC release

Hitman doubles down on price structure, now even more episodic