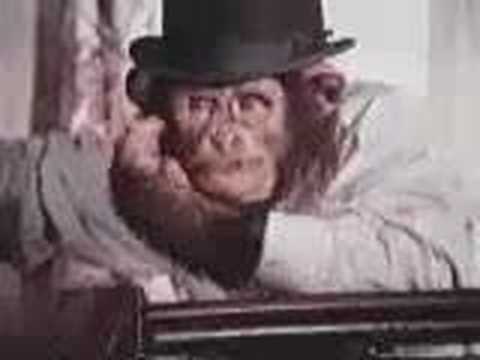 After our stellar success in the first Dragon Rising mission spirits were high. We had severely weakened the PLA’s anti-aircraft defences and, following our incident-free stealthy second mission, we had cleared the way for our attack helicopters to rain down hell from above on the enemy armour. I say “we.”In reality, Winters, Morales and myself had done the hard work. The grunt work. The work of men. Tim, on other hand had behaved like a chimp with a machine gun. Except, having seen the PG Tips adverts, it’s clear that chimps occasionally follow orders. If Flashpoint allowed you to crap into your hand and then throw it at people, that’s exactly what Tim would have done.However, when the time for our full-on assault on PLA forces in mission three arrived, he had begun to behave more like a soldier. Indeed, he even took over command of the squad for this new mission, which put him in control of our two new AI squadmates, Jedburgh and Avery.Now, let’s be clear for a moment: these guys were no Morales and Winters. There’d be none of the sort of tank-busting, patrol-slaughtering heroism that we saw in mission one. No, Jedburgh and Avery were very different characters and, by the time the mission had ended, we’d not be particularly fond of them. Especially Jedburgh. And his stupid face.But, I’m getting ahead of myself. First we were tasked with advancing towards a farm under cover of smoke mortars. As our APCs and armour continued down the road, we headed into the woods scanning the scenery for movement. We had no sexy night scopes this time (primarily, I think, because it was daytime) and we had to rely on iron sights and sharp minds.  Or, in the case of Tim, blind luck as, by some miracle, he restrained himself from moaning for long enough to spot our first anti-tank team emerge from the smoke and took them out with his M16.Next we reached the brow of a hill and saw a hell of a battle raging for a small farm down below. It looked like we were winning, which I decided would be the perfect time to join in. Tim, now apparently the model of professionalism, was not so keen.“No, we’ve got a job to do let’s keep moving.”  “You don’t want to kill something?”“Not yet, no.”“Oh OK,” I replied as I decided to cover the rear of the squad as we moved, thus allowing me to fire off a few badly-aimed rounds at the distant enemies.“Who’s fucking firing?” Tim yelled.“No-one,” I muttered.  “You’re firing.”Apparently not a fan of infantile comebacks, he led on silently towards the next waypoint as we reconvened with our armour on a road. Suddenly, intense mortar fire landed all around and we all hit the deck as our vehicle support was quickly annihilated. We were informed that there was a spotter team up by the radio mast and so we did what you’re not supposed to do: we assaulted an elevated position.Luckily, we had some artillery support which softened up the hillside for our assault. As we reached the radio mast we caught sight of the spotters (who spots the spotters? Us, apparently). Realising they hadn’t seen us yet I suggested we do this in style and drew my combat knife while moving slowly down towards them.“Are you sure?” asked Tim.“Yeah, this is gonna be badass.”As I lay bleeding and Tim, Avery and Jedburgh (I can barely type his name) finished off the two spotters I had time to draw the conclusion that it was all Tim’s fault. All he had to do was tell Jedburgh to hold fire while I stealthed my way towards the spotters. But no, that’s not what happened. Instead, Jedburgh felt the need to fire off a shot at them, thus letting them both know exactly what I was doing and giving them enough time to both shoot me in the face.Tim noticed a third spotter on the radar as I waited to respawn and moved towards a concrete bunker behind which he was waiting to pounce. Or not, as it turned out. Having sent Avery around one side of the bunker, while he sneaked around the other, when they both popped out to face the enemy they discovered a PLA soldier crying on his knees. At which point, Tim shot him.“Aw man, that’s cold.”“Yup,” said Tim as he completed his transformation from shit-slinging chimp to war criminal.Find out what happens in the second part of the mission in Tim’s diary tomorrow.   Other War Diary Entries
Diary 1 | Diary 2