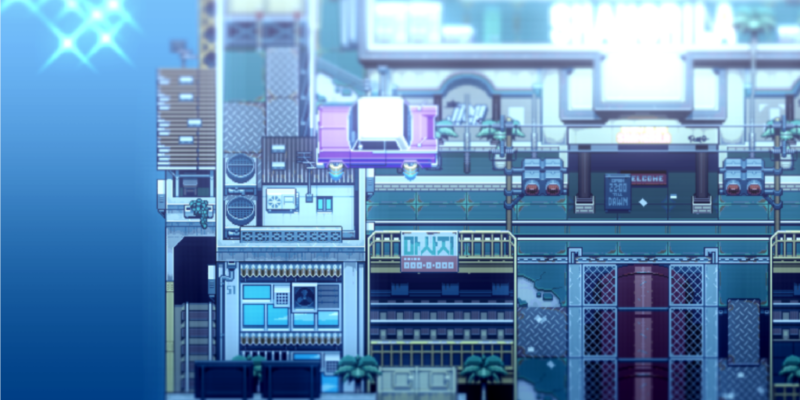 Anime and hip hop have quite the history together, but never has the melding of the two resulted in such violence, absurdity, and aggression. Orangeblood is unlike any RPG Maker game I’ve ever played. Hell, it’s unlike any JRPG I’ve ever played — for better or for worse. From start to finish, you’re at the mercy of the game; get used to being thrown around the dirty, exotic catwalks of New Koza. Expect vista after vista, ludicrous lines delivered one after the other, and a snappy combat system to tie it all together. When all the profanities have been said and all the odd jobs have been done, Orangeblood is a one-of-a-kind experience that’s equal parts endearing and incoherent.

Kawaii anime girl and death-dealer Vanilla is under orders by the government to take down the criminal heavyweights residing in the retrofuturistic city of New Koza. It’s a premise that could lend itself to virtually any aesthetic, but when the dialogue starts rolling and the soundtrack starts playing, you know you’re in for something special. Orangeblood draws its inspiration from a variety of Asian cultures, but more importantly, from ’90s hip hop.

Commanding my attention was the game’s vivid soundtrack, which wears its influences on its sleeve. Tracks announce their arrival with ear-catching drum patterns, sample flips, or crackling vinyl. Horns, piano, synths, and more help to set the tone for whatever the city throws your way. The vernacular, however, is an entirely different beast. The lush, energetic soundscape of Orangeblood is offset by dialogue that’s more often than not just plain jarring. The overuse of street jargon sits somewhere in the blurry area between homage and bastardization. The gimmicky nature of awkwardly inserted profanities is a far cry from the elegance of the soundtrack. There are a few cheap laughs to be had, but the novelty wears off quick. 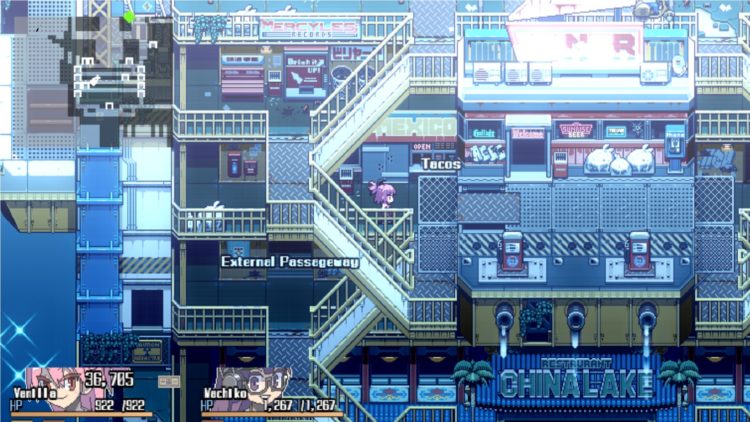 All roads lead to New Koza.

Audio aside, Orangeblood might be the most visually stunning RPG Maker game I’ve ever had the pleasure of playing. The main map of New Koza is littered with, well, litter, but also with incredibly fine details and secrets for your exploring pleasure. The game might not have the largest world of any JRPG, but you’ll never get tired of looking at it. Its handful of Persona-inspired dungeons, hidden in the city’s nooks and crannies, are where players will be spending most of their time, duking it out with sleazy criminals. Each one themes itself after its bosses, and serves as a test of endurance for your party. Expect linear corridors with the occasional fork in the road. Populating the dungeons are roaming enemies, which can be surprised for an advantage during your fight.

Orangeblood, as you may have already deduced, features turn-based combat. Vanilla’s party quickly grows to four members, each one with their own unique roles. The girls’ weapons of choice are guns, sub-categorized by gun type (submachine guns, sniper rifles, shotguns, assault rifles). What makes Orangeblood’s combat unique is the addition of an ammo bar, demanding occasional reloads to refill. Failing to reload will leave the wielder defenseless for a turn. 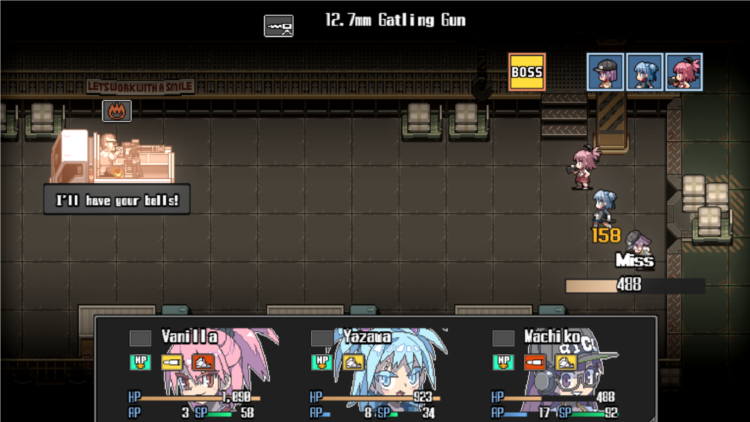 While this gives players more to consider each turn, the crux of the combat is the skills. These powerful abilities drain skill points, which have to be built up over the course of each encounter. The key to dominating encounters is to accumulate skill points as quickly as possible. To that end, acquiring certain skills and equipment pieces becomes far more important than ammo. Standard attacks and guns became almost trivial once combat grew more challenging. As I grew accustomed to the flow of battle, I found myself resorting to the same strategy time and time again. Luckily, encounters were brief enough to mitigate tedium.

Clearing encounters occasionally rewards you with keys. It’s by using keys on chests scattered throughout dungeons that you can gear up the girls. Each party member can only equip three pieces of equipment — gun, kicks, and gear — but there’s quite a bit in terms of stats to process. On top of that, all the equipment features absurdly long names, which, when coupled with the lower resolution of RPG Maker games, is a strain on the eyes. The game’s text elements in general are difficult to read, and various effects including chromatic aberration and tilt shift only exacerbate the issue. Those options are best left off; aesthetics shouldn’t come at the cost of usability. 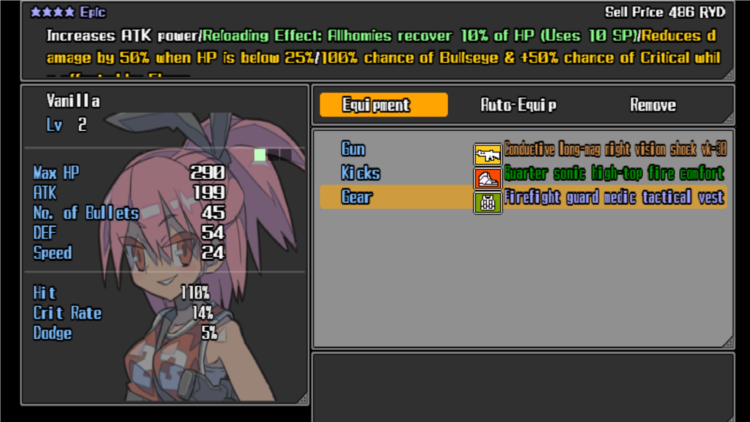 Succinct? Never heard of it.

Orangeblood is by no means a lengthy game by JRPG standards, and it doesn’t need to be. The main story runs just under ten hours at most — far less if you’re lucky with your equipment drops. New Koza is suitable for a quick vacation, no longer. The small, condensed maps are limited in what they can offer. The combat, while fast and frenetic for a turn-based system, grows stale as the hours go by. The audiovisual aesthetics are top notch, but the dialogue and story leave a lot to be desired.

When all the profanities have been said and all the odd jobs have been done, Orangeblood is a one-of-a-kind experience that’s equal parts endearing and incoherent. There’s just enough to see, hear, and do to warrant a two-day getaway to New Koza.

Apex Legends developer confirms muzzle flash is being worked on