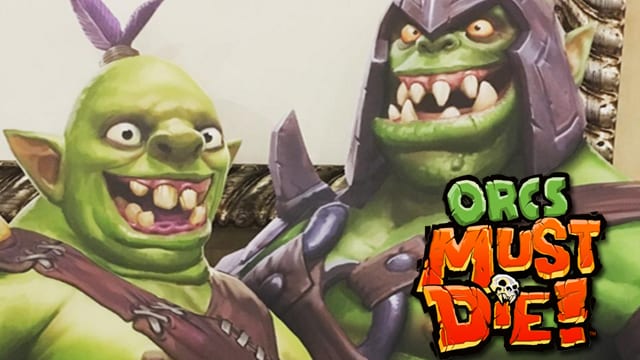 The Orcs Must Die! Unchanged beta process has opened to the general public today. Robot Entertainment’s third installment in the Orcs Must Die! tower defence series has seen a slight change in course. During the closed phase of testing, based on feedback from testers, Robot have now added an extensive PvE mode to the PvP already in place.

PvP mode offers up 2 maps during open testing whereas coop mode has 8, all varying in difficulty, appearance and attacking minions. ‘Shark Island’ has a Caribbean flavour with blazing rays of sunshine, snappy sharks patrolling the waters and swashbuckling minions whilst the ‘Frostbite’ map is set within an icy castle.

Staying true to the Orcs series the aim is to prevent the enemy from reaching your rift by utilising your array of traps and weaponry. There are 12 heroes, each with their own special abilities to defend as well as advance your way to your enemies’ rift. Using materials dropped by defeated minions and awarded to you in PvP games players can now craft new traps and even new heroes.

If you enter the beta between now and 13th April you will receive an exclusive hero skin ‘Firestarter’ for the Smolder hero which will be available for that period.  You can download the beta directly here.

And whilst it’s downloading why not watch their taster video.