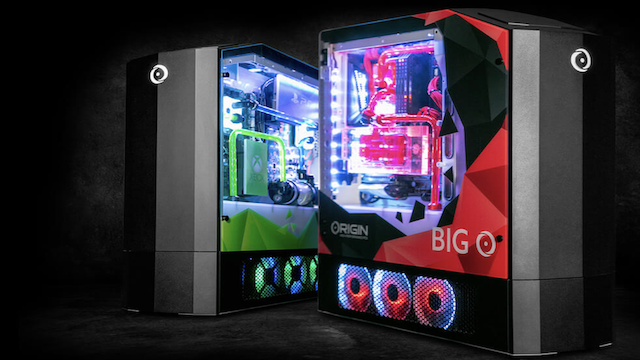 Let’s say you’re on the fence about how you want to play games. The convenience of console can be hard to pass up, but the PC can be way more powerful. So which route to take? Well, how about both? Origin revealed its Consumer Electronics Show lineup this week, and among the new offerings is the Big O 2020 Edition. This rig combines the power of a PC with the convenience of a console, all in one sturdy unit.

What does the Big O have in store?

First up is the PC side of things with the Big O. There’s a Crystal Series 280X Micro-ATX chassis that holds everything. Inside is a customizable PC with components that can be chosen. These include CPUs between what AMD and Intel have to offer, as well as different SSD size options, between 2 TB and 4 TB. You can also customize it with up to 32 GB of memory, depending on how hard you want to game.

But on top of that, the Big O comes with one of two different consoles, depending which one you want. There’s a green Xbox One S unit as well as a red PlayStation 4 unit, backed by Origin’s liquid-cooling system. This makes it convenient to play some games that aren’t quite available on PC. However, we can’t help but wonder if the Xbox Series X and PlayStation 5 will be viable options when they release later this year.

In addition to its hardware build, the Big O also makes it very convenient to stream. Elgato will include a 4K60 Capture Card in each unit sold, so users can set up their streams however they see fit. All from the convenience of one machine, mind you.

The trailer provides a good idea of what the all-in-one Big O is all about. But you’d better be ready to pay a pretty penny. The base model goes for $2,499 and can go up depending on components. More information about the Big O can be found at its web page.