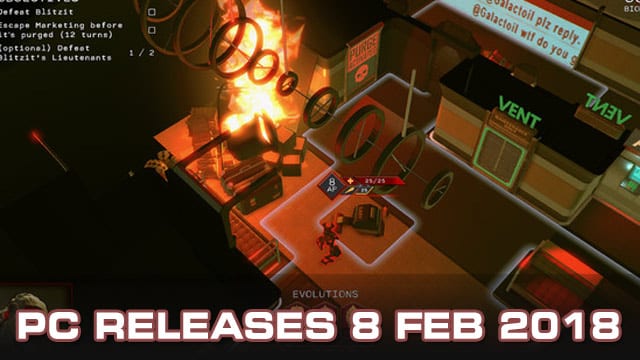 These are the games that have just been released for PC on 8 February.

Team Junkfish release their humorous turn-based strategy Attack of the Earthlings which looks X-COM-like but without taking things too seriously. This is a single player game in case you were wondering. Pick it up on Steam now.

Survious are back with their latest VR titles Sprint Vector and this is one game that will get you fit. Available now on Steam.

Laser League from 505 and Roll7 is an arcade-style multiplayer action sport game and there’s a 30% discount available on Steam.

Kitty Powers’ Love Life puts players in the role of a relationship coach, with a new take on the community/relationship sim genre. Available on Steam now.