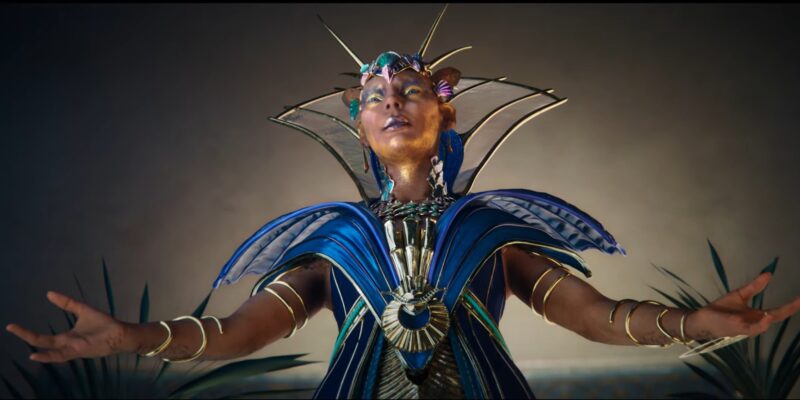 In a surprise announcement at THQ’s 10th Anniversary Showcase, Outcast 2: A New Beginning was announced as a sequel to the original game from 1999. The publisher showed off a visually impressive trailer portraying the return of protagonist Cutter Slade to an expanded lush open-world.

In Outcast 2: A New Beginning, ex-Navy SEAL Cutter Slade finds himself back at the alien world of Adelpha, 20 years after the events of the first game. Except Adelpha is being invaded by robot forces that are stripping the planet of its natural resources and enslaving the Talan people. As such, Slade must form a resistance to save the planet a second time and liberate its inhabitants.

Luckily, he’s got a jet pack that helps him traverse the dangerous, yet stunning, open-world on his journey as a resistance fighter. Cutter Slade will also be able to customize his weapon with dozens of different modules to fight off the robot invaders and reclaim Adelpha. In exchange for your help, you’ll be taught ancient Talan powers to defeat enemies using the forces of nature.

The original development team is back.

While a remake of the first game was released in 2017, fans of the original game never got a true sequel to the cult classic that was Outcast. Now, original members of the Outcast development team have teamed up to create Outcast 2: A New Beginning. The third-person open-world game intends to use modern hardware to bring combat, movement, and visuals up to speed to what we’ve come to expect nowadays. Much has changed in the gaming world since Outcast‘s release in 1999. Hopefully, the developers can capture the same essence and pair it with a modern look and design. A release date for Outcast 2: A New Beginning hasn’t been specified yet, but the game’s Steam page says that is coming soon.