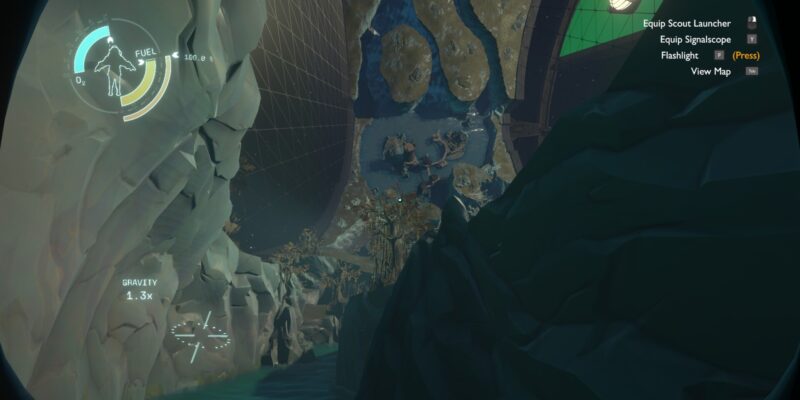 When it was announced that Outer Wilds was going to get an expansion, people’s curiosity went through the roof. What would it be? Where would it take us? Would it be set within the existing framework? The developer, Mobius Digital, didn’t really offer much in the way of clarification in the following months. To be fair, this is exactly what we’d both expect and want from the cryptic exploration game. The expansion is finally out and all of our questions are slowly being answered as we peel back the layers of this new space onion, but the question stands: is Outer Wilds – Echoes of the Eye worth it?

I want to be upfront here: don’t read any of this if you want to go in blank. There be spoilers ahead. Once you have Echoes of the Eye installed, the game lets you know that there’s a new museum exhibit. Heading there, you notice mention of a radio tower that we’ve definitely never seen before. Taking a look at Timber’s Hearth reveals the tower, which teaches you about the existence of a satellite. Several photos are shown, but there’s something a little different about one of them. There’s a shadow of some sort of location visible in front of the sun, but everything in the solar system is already in the photo? What could it be and how could you access it?

This leads you on an adventure where you track down a new location known as The Stranger. Getting to it is trippy, but what else would you expect? Once you’re inside, you’ll find an artificial ring-shaped colony much like the ones in Mobile Suit Gundam. The place was occupied by an alien race that wasn’t mentioned in the base game. Naturally, they don’t use the same language as the Nomai. The colony is full of wooden buildings and has devices operated by light. There’s also a river running the length of the entire colony. But this changes things. 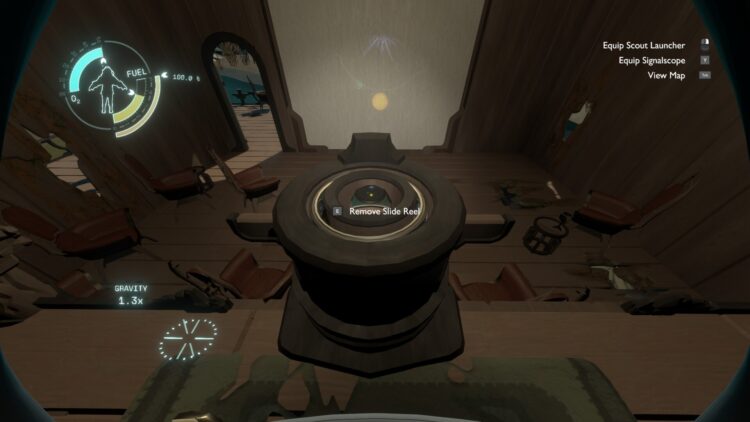 Wash it all away

Making it to The Stranger right away will let you explore many of these wooden buildings normally, but there’s a caveat. The water level rises and will submerge many buildings. The current will even knock some over, which is very surprising the first time it happens while you’re inside. But, rest assured, this is very much the same Outer Wilds, so it’s all about repeatedly heading back here to learn everything you can. However, the time loop is still active.

Aside from simply having a large, brand new location, Echoes of the Eye features a substantial quality of life improvement. After the sun went supernova while I explored The Stranger on my first visit, I was not looking forward to repeating the initial steps to get there ad nauseam. Thankfully, upon boarding the elevator back on Timber’s Hearth, I was informed that a brand new feature had somehow been installed on the ship’s log. You can now place a HUD marker on any place you’ve been, including The Stranger. Okay, not the Quantum Moon, but still. This makes getting back take no time, which I greatly appreciated.

If you liked Outer Wilds and want more of it, then Echoes of the Eye is absolutely worth picking up. The new location is intriguing, the additional lore is fascinating, and the ability to mark locations on your HUD with ease is something that will make the base game even better. Therefore, it’s easy to recommend that you get back in your ship and keep exploring. As ever, there’s no handholding in this game. 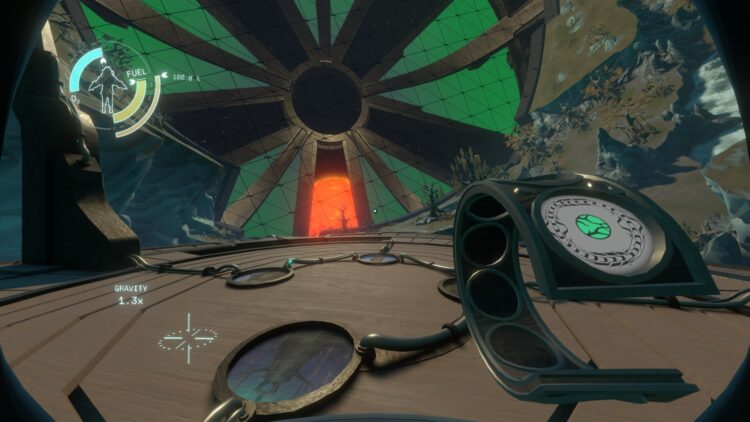