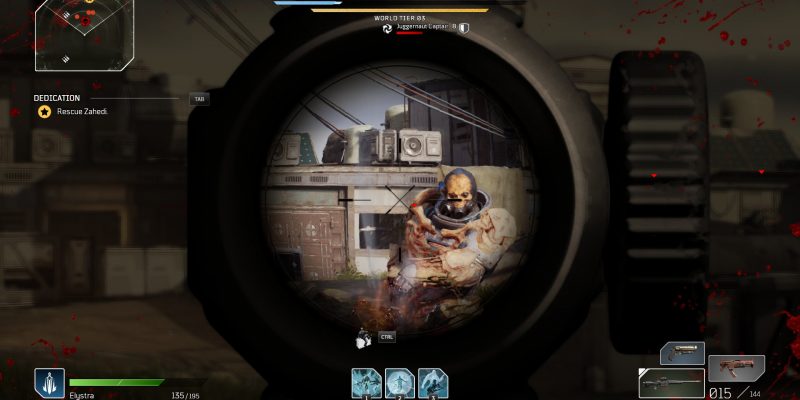 In Outriders, making sure you have the right mods and that your gear is of a particular rarity is of the utmost importance. To help with that, this guide is going to break down the different types of rarities, what they mean, and how mods work. It’s not all that complicated, but a lot of it’s going to come down to RNG, so you best get praying.

There are five types of rarities in Outriders, and they range from grey to orange, with orange being your legendaries. Grey is the garbage of the bunch, as it has no frills, just the primary characteristics such as armor and damage. Once you hit green, gear has attributes, which are things like extra health and additional critical damage. Blue gear can have two attributes, plus they have mods. Purple gets a second mod. Legendaries, on the other hand, have superior stats and mods.

You’ll get better weapons the higher your world tier is, so make things as hard as you dare. But how does Outriders handle mods? Armor mods directly improve your skills, such as increasing their duration or damage. Weapon mods will grant you boons in combat, like having your shots ricochet or letting you heal your teammates just by shooting nearby enemies. It’s helpful to make sure to have your favorite skill mods on you, as they can directly synergize with your build. Never leave home without them, and all that jazz. 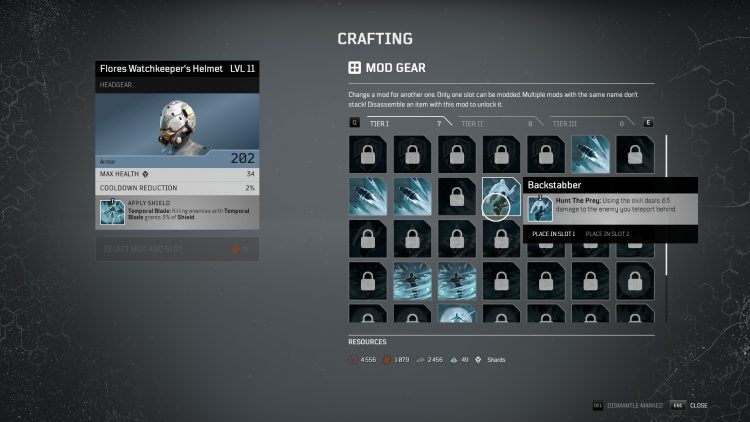 Mods and attributes are changeable via the crafting menu, but mods are much more desirable, as they significantly improve your skills. Luckily, Outriders makes acquiring mods simple and convenient. All you need to do is disassemble a piece of gear that has a mod on it. Once you do, every mod attached to that weapon will get permanently added to your mod list. Then you just need to use leather for armor and iron for weapons and pick which mods you want to slap on your items. You’ll be able to replace one of a gear piece’s mods via the menu. Note that replacing one of the mods will lock the other mod slot from being replaced in the future. It’s both affordable and easy.

Additionally, mods have multiple tiers that you’ll continue to find as you make your way through the game. If you want to get as many as you can, try and disassemble your blue or higher gear pieces instead of selling them, as you’ll end up getting every mod you’ve acquired added to the mod database. Experimenting with skill mods is well worth the effort. For instance, the Trickster’s tornado skill is already useful in its default state. With the right mods, however, its duration can be doubled, plus you can have damage protection while you’re casting. These two make using the skill not only more effective, but safer. Definitely worth the leather.

You’ll be getting a lot of gear in Outriders, so make sure to pay attention to what’s in your inventory. It can be easy to just let things pile up, but you may be walking around with a game changing mod hidden away on one of those weapons. Or it’s the same crap you’ve already got. One or the other. 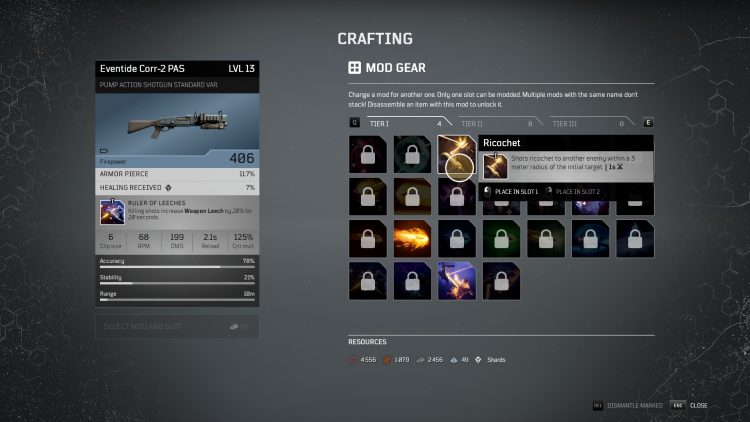 Outriders equipment crafting — Everything you need to know