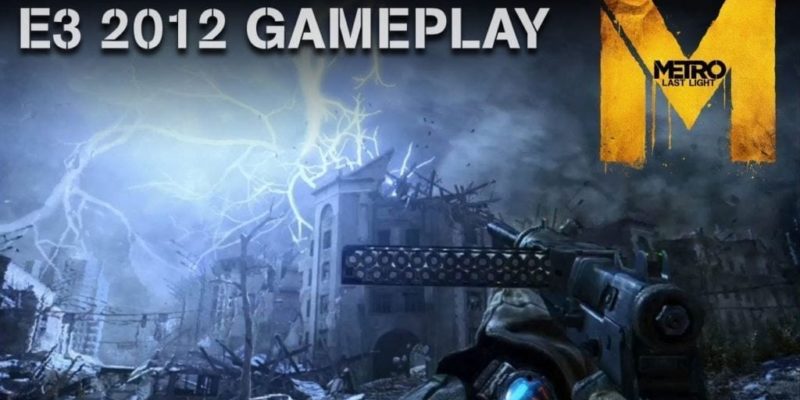 Following in the the footsteps of its predecessor Metro 2033, Metro: Last Light appears to be just as, if not even more ambitious with its second outing. Having pushed both the Xbox 360 pretty hard at the time, and even high end PC’s just about as far as they are willing to go even today on the highest settings, Metro 2033 set some pretty high standards for itself.

However as many of you may remember, Metro: Last Light managed to catch the eyes of both gamers and media alike. Well now for your viewing pleasure is the entire unedited playthrough which the E3 trailer was made from.

“Metro: Last Light rocked E3 2012 with this stunning live gameplay demo, earning over 20 E3 nominations and awards in the process. Now you can watch the entire, unedited playthrough.

In this sequence, Artyom is forced into an alliance with the young Red Line officer named Pavel as they attempt to cross the hostile surface of post-apocalyptic Moscow in a bid to reach the relative safety of the legendary station city, The Theatre.”

Amazing Alex Set to be The Next Angry Birds?