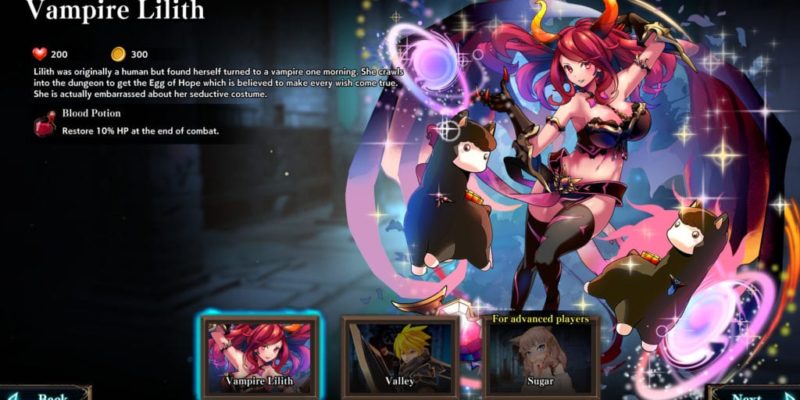 Today Overdungeon has officially come out of early access. The game is available for purchase on Steam for $14.99 – or, at least, it usually would be. Now through August 29, however, Overdungeon will be 20 percent off.

Overdungeon is a combination of rogue-like, tower defense, and card games. Also, unlike many deck-building games, Overdungeon has an element of RTS. Certain cards have lasting effects that deal damage through an opponent’s turn. This means neither the player nor the enemies’ turns are really ever over. It’s more that you take a break from playing cards for a short period.

The game features a branching, choose your own adventure path, reminiscent of games like Slay the Spire. Players can view the entire map. At the end of every battle, they are presented with a choice between two to three options. Some of the possible options could include resting, shopping, fighting an elite monster, and so on. Different decisions affect how players traverse their map.

At the start of a run, players begin by choosing a character. Each character offers different stats and a unique ability. Players can choose between a sultry yet embarrassed vampire, a simple soldier, or Schrodinger’s cat – also known as Sugar. They then begin with a simple deck, and after each round, players can add a new card to said deck. For the most part, cards are broken up into spell and monster type cards. Spells can combo and take immediate effect. On the other hand, monster cards can be used to build a small army of relentless fighters.

Here’s a look at the official Overdungeon trailer.

Currently, the game features over 100 cards. It also includes a seasonal dungeon mode and daily challenges to keep the game fresh. The developers behind Overdungeon have prided themselves in including “meme” cards, too. Examples of these include fluffy alpacas, cats, dogs, and chickens.

Players can purchase Overdungeon by heading over to its Steam page. Additionally, you can learn more about the game and ask questions by joining the Overdungeon Discord.

Contest: Win a Quantic Dream bundle, including Beyond: Two Souls and Heavy Rain