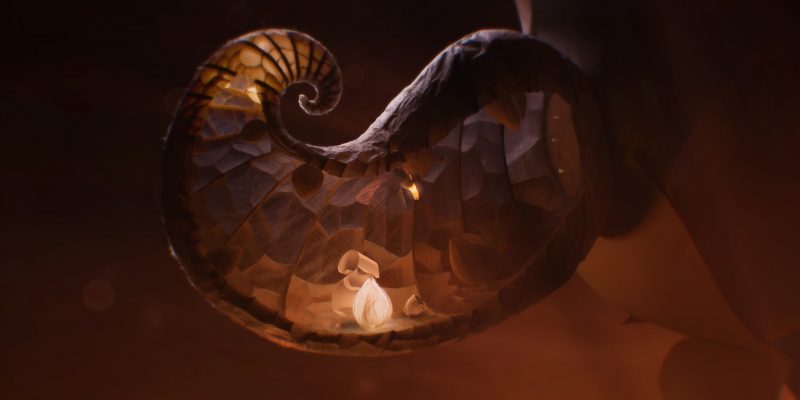 Indie developer Petums revealed this week that its handcrafted origami adventure game, Papetura, launches on Steam today, May 7. Petums built this breathtaking point-and-click adventure entirely with paper, and there are some pretty impressive details. Even more impressive is the fact that one man, Tomasz Ostafin, created every structure himself. Fans of 2020’s origami-themed VR adventure Paper Beast should take interest.

According to the Steam listing, Papetura follows “a lonely paper creature” named Pape. Our protagonist is trapped in a “flowery prison,” but he escapes one day to find a “magical being” named Tura. As Pape and Tura travel through the paper world, they’ll encounter evil creatures who want only to burn the world to the ground. Players solve a series of puzzles to progress through the story. Papetura features no dialogue, so players will have to follow the animations to unfold the story.

Petums released a new trailer to celebrate launch day. The video offered a behind-the-scenes glimpse at the creation of Papetura, featuring some of the game’s most detailed paper structures. The short clip showed Pape escaping from his flower-petal-shaped prison and traveling alongside Tura. They encounter a river filled with paper fish, a small art studio, and a monster trying to burn down a paper tunnel. Check out the full trailer below:

Papetura had been in development for several years, but Petums is a one-man show and all those paper sculptures must take a ton of time to create. We could expect a few delays here and there. According to Steam, Ostafin drew inspiration from “old classic games like The Neverhood and Machinarium,” as well as Studio Ghibli films. Those who are interested in seeing Ostafin’s process can check out his development diary, which walks you through some of his paper creations.