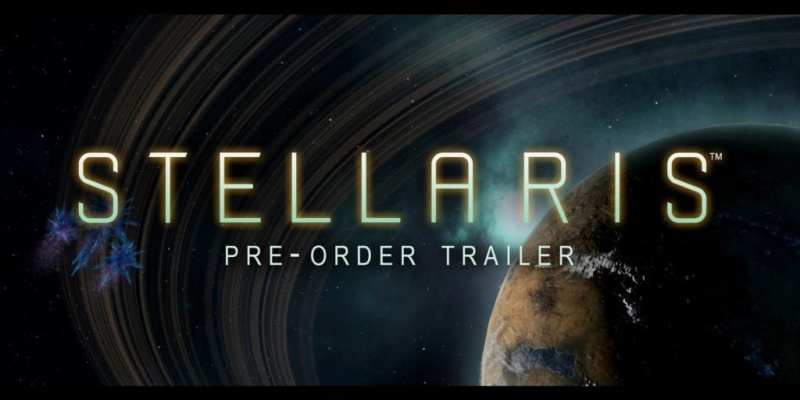 Stellaris is a sci-fi epic strategy title when Paradox opens up the cosmos for you to explore and build your empire inside. Each galaxy is procedurally generated, each containing thousands of planets.

Beginning today, Paradox has three different pre-order packages available, all of them including the ‘Creatures of the Void’ DLC when pre-ordered. The Standard Edition includes that base game only (39.99), the Nova Edition which includes a 140 minute soundtrack, exclusive DLC, and more ($49.99), and the Galaxy Edition which includes all of the content from the Nova Edition, along with an extensive Digital Collector’s Book detailing the art and design of Stellaris, the novel “Stellaris: Infinite Frontiers” on eBook, and an exclusive digital wallpaper signed by the Stellaris development team.